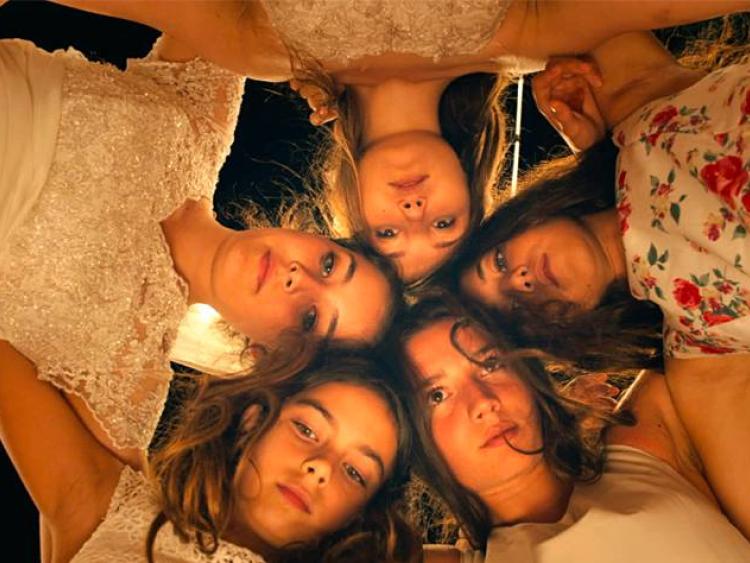 Five teenage sisters seek to escape their repressive society in Turkish-born director Deniz Gamze Ergüven’s debut feature Mustang, which was nominated for Best Foreign Language Film at the 2016 Oscars.
Set in a village in northern Turkey as school breaks up for the summer, five free-spirited sisters celebrate the end of term by frolicking innocently with some boys at the beach before heading home. However, a neighbour passing by interprets their fun as immoral behaviour and reports them to their grandmother and uncle whom the girls live with. When they are severely punished, the girls rebel. Their uncle’s immediate response is to bar the windows and lock the doors, effectively imprisoning them in the house while plans are made to marry them off as soon as possible. As the girls are forced to adjust to their new circumstances, their bond grows ever stronger and they plot to escape the oppressive regime imposed by their family and culture.
Narrated by the youngest sister Lale (Günes Sensoy), Mustang depicts the harsh realities for girls growing up in a largely male-dominated society. As Lale and her siblings secretly plot their escape, Ergüven injects a little humour into proceedings without ever shying away from the darkness and tragedy which constantly haunt the girls.

Mustang will be screened in The Source Arts Centre in Thurles on Wednesday, 9th November at 8pm.
Tickets: €5/€9
For more information contact the box office on 0504 90204 or visit www.thesourceartscentre.ie