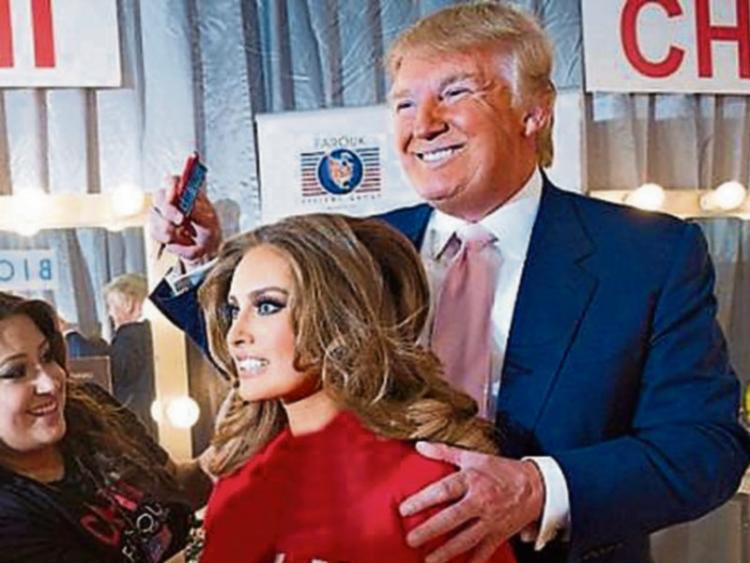 Today Donald J Trump is being sworn in as the 45th President of the United States.

Love him or hate him he now becomes one of the most powerful men in the world and speculation has already started as to when he will visit Ireland.

President Trump already has strong links to Ireland, owning the Doonbeg, Clare, Trump  International Golf Links and Hotel. But researchers point to Tipperary ties in his family history –  and they have to point a long way back!

One researcher from Irish Genealogy has traced the Trump family line back to Germany, then England and finally, the President’s great great great great grandmother who left Tipperary as far  back as the 1700s!

In his business and political world the new president has strong links to Tipperary too.

The general manager of the Doonbeg Golf Links and Hotel is Templemore man Joe Russell. Our colleagues in the Tipperary Star spoke to him a few months ago.

Another local link is with Cahir. Alice Butler-Short is a native of the South Tipp Town but now lives in the state of Virginia where she headed up the ‘Women for Trump’ organisation during the election campaign. Alice Butler, the daughter of a shoemaker and a housewife, left Ireland at the age of 18 in 1961. She spoke enthusiastically to Irish Central about her support for the then candidate.

Another Irish lady who worked with the new President was Killurney-girl Roz Purcell. As a contestant in Miss Universe in 2010 Roz was a favourite of  the President, who was the then owner of the competition. He went on to sign her to his agency in New York and invited her to participate in his celebrity golf tournament in 2010.

And finally… no matter where you go in the world there’s always one, a lad in a GAA jersey. At one early Trump rally in North Carolina  last year a man in a Tipperary GAA jersey was spotted at the front of the crowd! Click here to see what CNN spotted!