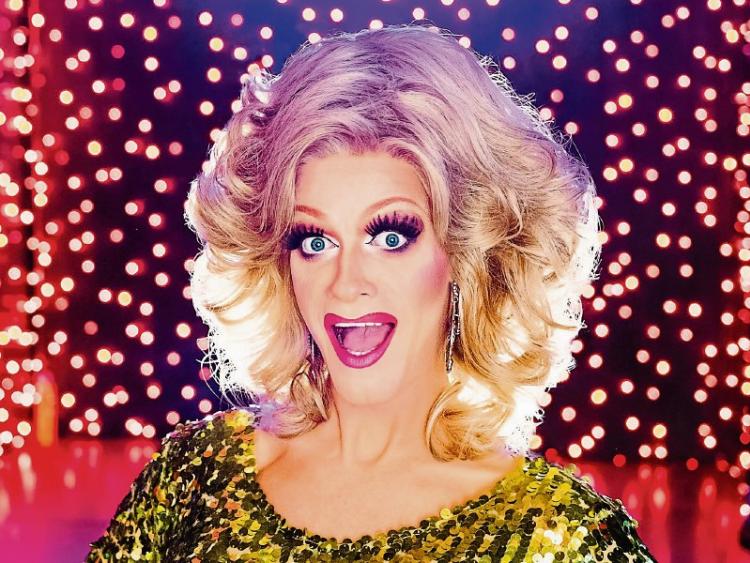 The ‘Queen of Ireland’ has run some of Dublin's most seminal club nights, and hosted and produced the legendary Alternative Miss Ireland pageant, which raised money over 18 years for HIV/AIDS charities in Ireland.

She is landlady of Pantibar in Dublin, where she performs a weekly drag show -­The Pantishow.

Now she is bringing her latest show – High Heels in Low Places – to The Source Arts Centre in Thurles, on Thursday, April 20, at 8pm.

Panti made her theatrical debut in 2007 with the critically acclaimed, sold-­out In These Shoes? From there, she was invited to create All Dolled Up for The Dublin Fringe Festival. As a direct result, Panti was commissioned by Project Arts Centre and THISISPOPBABY to create a new piece for the Dublin Theatre Festival called A Woman in Progress.

In July 2013 All Dolled Up Restitched was created, a reimagining of her three hit shows, which played at the Peacock Theatre in the Abbey, and went on to tour Australia.

Panti’s latest collaboration with THISISPOPBABY – High Heels in Low Places is a response to the social, political and media maelstrom that erupted earlier this year known as ‘Pantigate’ and the ensuing Marriage Equality Referendum in Ireland.

The show has played to packed houses throughout Ireland and the UK, as well as Sydney, Paris, New York and Sarejevo. High Heels in Low Places is not about Pantigate, it is more about life after Pantigate, making movies and making history along with other brushes with infamy that Panti has had in a life well lived. It’s a comedy.