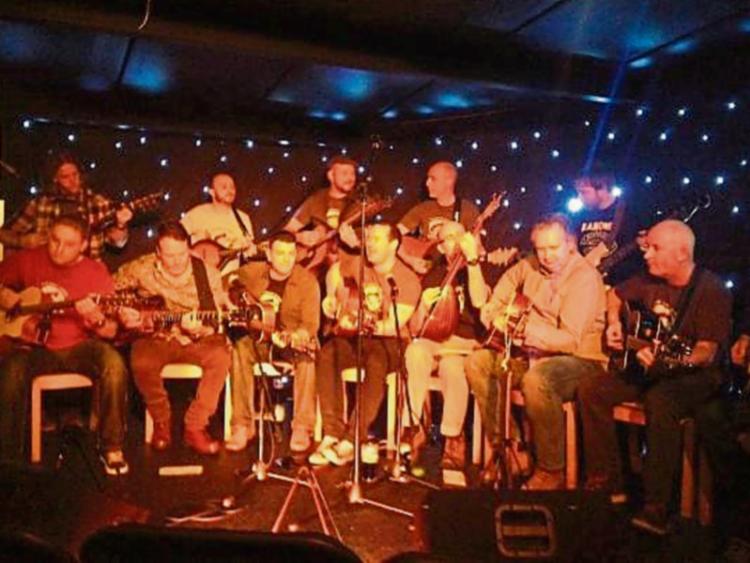 Clonmel World Music is back and on Thursday, March 9 in its familiar surroundings of Raheen House Hotel, Clonmel, they are delighted to welcome a great eleven piece band, for their first ever visit to Tipperary.

The White Horse Guitar Club hail from Co. Cork, and eleven harmony singers, who between them play nine guitars, one mandolin, one electric bass and one banjo will grace the stage in Raheen House Hotel for this very special gig.

The White Horse Guitar Club (WHGC) were formed in Cork back in early 2012, and the band has evolved from an open club environment into a fully fledged musical touring group of eleven friends.

The White Horse Guitar Club has performed all over Ireland and beyond in the last five years, in concert settings, as street musicians, and as festival favourites.

In 2016 they had their first European tour, in Germany, and they had a SOLD OUT show in Cork where they released their first EP to an enthuastic crowd.

Later on this year they will play their biggest gig to date, at The Everyman Palace in Cork, where they will release their first Vinyl LP.

They have also played support to Krista Detor and Drew Holcomb in Cork.

The story of The White Horse Guitar club is one based around music and friendship.

The bond of those two has drawn a group of like-minded souls together and the shared experience of singing, playing and performing is a long burning fuel that keeps a bright fire lit.

Their music and songs are deeply rooted in the fine tradition of songwriting that flourishes in the southern states of America, particularly in the states of Kentucky and Tennessee where the Scots/Irish influence was very strong.

The harmony singing during the accapella gospel songs of this musical “band of brothers” is a joy to behold, and is very uplifting to hear live.

Visually they are amazing, with the eleven band members sitting around in a semi-circle on stage performing their music.

Doors for the gig will open at 8.00pm, with the show staring at 9pm prompt.

Tickets for this great gig are on sale now, at only €15 each, and are available in Marians Bookshop. O’Connell Street Clonmel, or from Gerry Lawless by phoning him on 086 3389619.