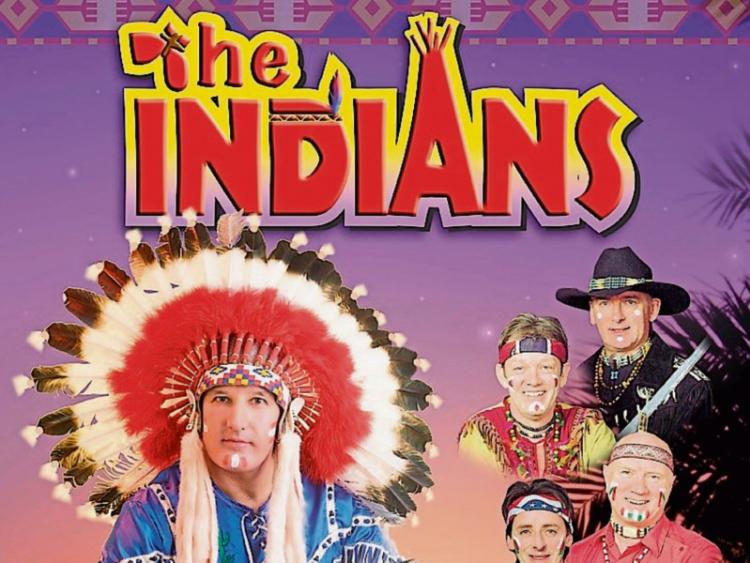 One of Ireland's best known and most popular bands, The Indians, celebrating over four decades on the Irish entertainment scene, will appear for a big night of dancing at The Times Hotel Hotel, Tipperary Town on thisSunday night, 26 th March.

Songs such as Indian Reservation, The Wig Wam Wiggle and Squaws along the Yukon have made Eamonn Keane and the Indians a household name going back to the 70s.

The band, still the most colourful and certainly one of the most exciting in the country, present a vibrant, exciting stage show with a strong emphasis on entertainment.

And, they’ll be certainly getting things rocking for this Mother’s Day special in The Times Hotel on Sunday night.