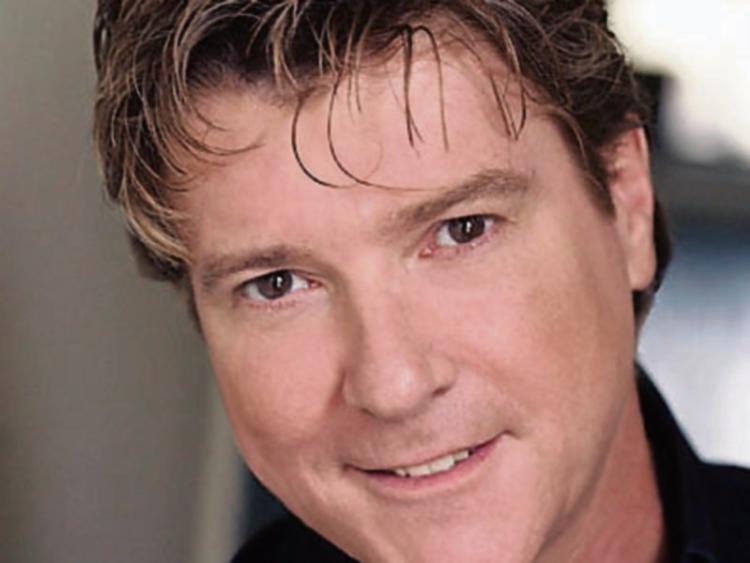 Andy Cooney, direct from another Sold Out appearance at Carnegie Hall, New York, brings his outstanding show “On The Eighth Day Tour" to Irish audiences, showcasing his truly terrific voice to the audience at Brú Ború Theatre Cashel on Saturday, 8th April.

His self-penned song “On The Eighth Day” from his latest CD release "Irish Country Skyline" produced by Award winning Country Music producer Jonathan Owens has proved to be a big hit, receiving tremendous airplay on Country Music radio all over Ireland and the U.K.

Christened by The New York Times as “Irish America’s Favourite Son”, Andy’s great voice and dynamic stage presence makes him a favourite with young and old as his vast repertoire includes classics like “Slaney Valley”, “The Irish Wedding Song”, “Boston Rose”, “Daughter of Mine” and his original songs “On The Eighth Day” and “My Rose of Ballinrobe”.

Andy also has a working musical relationship with our very own Phil Coulter.

They recently recorded an album together featuring some of Phil's classics and wrote a song together entitled "Calling Us Home Again". Andy Cooney and Phil Coulter regularly tour together all over the US.

Andy also can uniquely change his vocal style as he is also one of “The New York Tenors” who have been receiving high critical acclaim and recently sold out New York's Lincoln Centre.

The name Andy Cooney has also been associated with “The Cruise of Irish Stars” which annually draws over 1,000 Irish and Irish Americans on a Caribbean Cruise where there are entertained by many talented top class Irish artists like Mike Denver, Patrick Feeney, Derek Ryan and Ireland's most famous international star Ronan Tynan.

Andy’s special guest for this exclusive concert is Nashville based Irish American singer Dee Reilly. This renowned entertainer is highly regarded on both sides of the Atlantic with her many hits including “Nothing Right and Nothing Left”, “16th May” and not forgetting her Irish hit “Seamus O Brien”.

Andy’s talent and versatility provide the ability to deliver these songs directly to the hearts of his listeners making for an unmissable show.