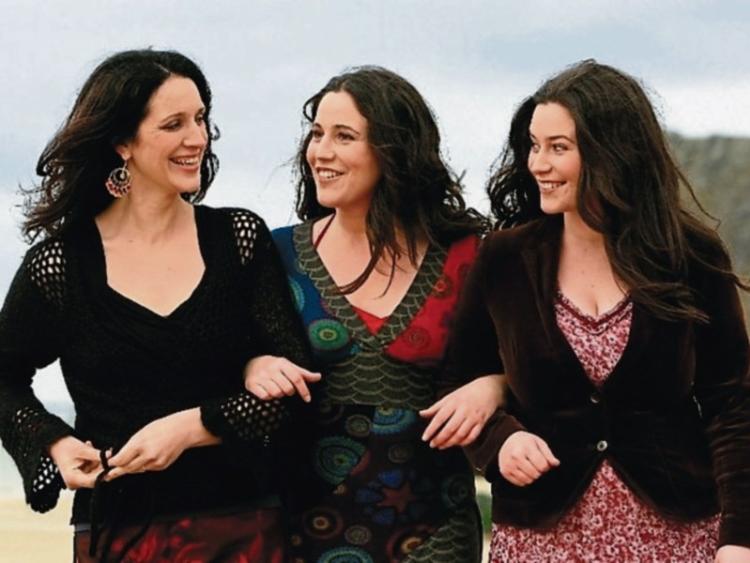 Clonmel World Music is back with a great show on Thursday, 13th April in Raheen House Hotel, Clonmel.

They are delighted to welcome back The Henry Girls, from Donegal, who last played Clonmel World Music back in 2011.

The Henry Girls have just released a new 13 track album, Far Beyond The Stars, and are currently on tour in Germany, Holland and the UK to promote the new album.

After that they will be on a Spring tour around Ireland and Clonmel World Music are delighted to host the Tipperary launch of the new album.

The Henry Girls are three sisters- Karen, Lorna and Joleen, and between them they play Harp, Accordian, Fiddle, Ukelele, Tin Whistle and Keyboard as well as beautiful harmony singing that only sisters can achieve.

They are also joined by a Double Bass player on this album launch tour.

In their own music, they have a unique rootsy sound which blends their native traditional Irish folk music with hints of americana, bluegrass and blues.

They are renowned for their fine close harmonies and musical arrangements, and have been likened to such great musical acts as Crosby, Stills & Nash, The Dixie Chicks and The Be Good Tanyas.

They write songs that are tuneful, catchy, and warm. Their repertoire is scattered with old and new and their style reflects many influences and tast

There will be a special guest for the Clonmel show.

Cian Smith is an Uileann piper from Ballymacarbery, in County Waterford. He is 12 years old and is a rising star in the trad world.

Doors for the gig will open at 8.00pm. Cian Smith will play at 8.45, and The Henry Girls will take to the stage at 9pm prompt.