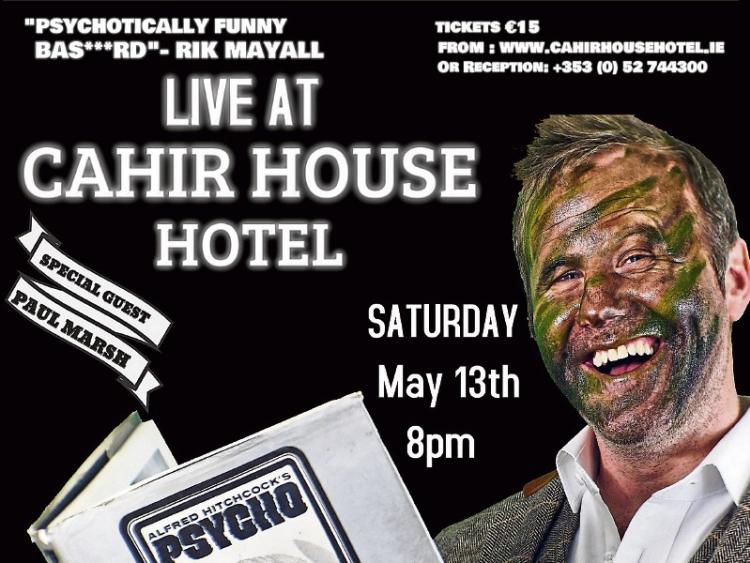 Since starring in the hit TV comedy series “Damo & Ivor”, as the intolerable toff “Tarquin” alongside the late and legendary Rik Mayall, proud Bansha man, Tom O'Mahony has become one of the busiest stand-up acts in Ireland.

His new barn-burner of a show, “BUCKSHOT” delves into everything from his life as an MMA fighter to the pure savagery of being a panto dame.

See it at Cahir House Hotel on Saturday, May 13.

His last time in Cahir was for the Stars in Their Eyes night, judging it with Brendan Cummins and Ashling Thompson.

Tom is one of the busiest headline acts playing major festivals and clubs here and abroad.