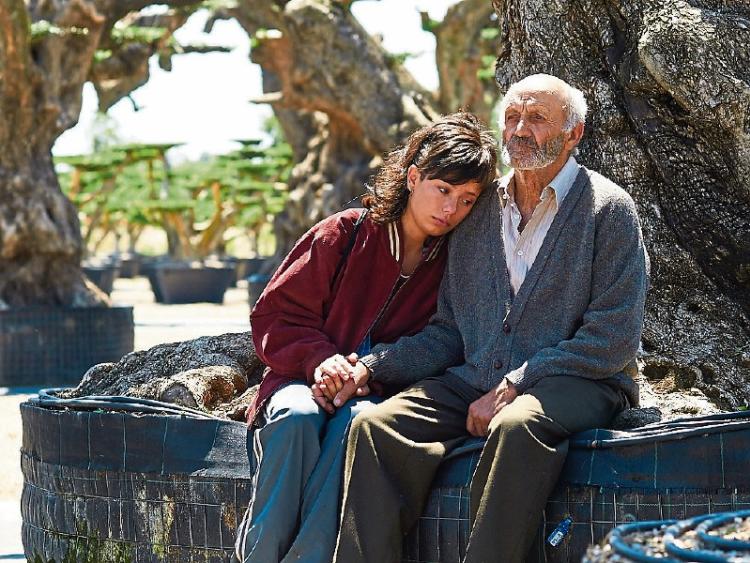 A young woman sets out to reclaim her grandfather’s beloved olive tree which has been bought by a multinational company in director Icíar Bollaín’s Spanish recession drama The Olive Tree.

Alma (Anna Castillo) is an emotionally fragile girl who works on her family’s farm where her days are spent looking after the chickens in the barn. Away from her work she likes to spend time with her grandfather Ramón (Manuel Cucala) who has never been the same since his favourite ancient olive tree was uprooted and sold by the family, against his wishes, in order to start a business which has since gone bust in the financial crisis. Now beset by Alzheimer’s, Ramón no longer speaks but Alma suspects much of his silence is due to grieving for the olive tree which has meant so much to him his whole life. When she discovers the tree has been sold to a German energy company and now stands in the lobby of the company’s building in Dusseldorf as a brand symbol she decides to get it back. Convincing her unemployed uncle Arti (Javier Gutiérrez) and farmhand Rafa (Pep Ambrós) to help her, Alma sets off for Germany by truck with the intention of righting what she considers a terrible wrong.

The Olive Tree will be screened in The Source Arts Centre in Thurles on Wednesday, 26th April at 8pm.