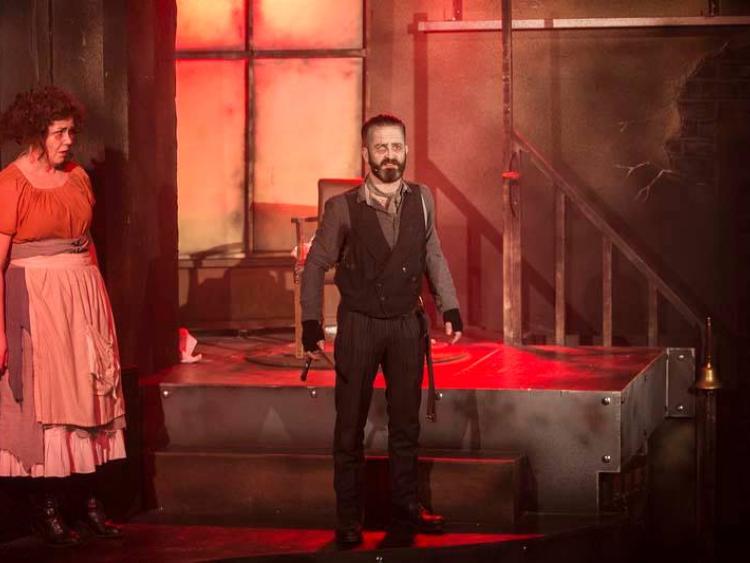 If you do one thing this week, make sure to get to see St Mary's Choral Society's Sweeney Todd in Clonmel.

Sweeney Todd - that magnificently dark and gruesome Stephen Sondheim show which puts the fear of God into any man who ever tried a shave with a cut throat razor at a dodgy barbers - runs in the White Memorial Theatre in Clonmel until Saturday evening, and it well worth a visit.

St Mary's Choral Society have been staging the show since Sunday  and the standing ovations accorded them after each production are very much warranted - this production, which is directed, produced and choreographed by Michael O'Donoghue, is simply top class with an amazing front line.

Yes, Diarmuid Vaughan as Sweeney and Olwyn Grogan as Mrs Lovett are magnificent - Vaughan as the dark, delusional, vengeful Sweeney contrasts sharply with Grogan's  character as the softer, but equally dark and dangerous Mrs Lovett. This pair carry the show from start to finish and what a magnificent job they did of it. Will we be able to digest a juicy meat pie again without some suspicion!!

The set for this show is very cleverly designed, using every possible inch of space wisely. Of course the barbers chair and the ease of disposing of the customers is a highlight, but the clever use of the exits for the ovens, jail, mental house etc  is also to be noted. A lot of work went into creating the right look and St Mary's got it spot on.

Costumes and lighting play a large part in this show too, considering it is so dark, in every sense. But, St Mary's seemed to have gotten this just right and the use of spots helped to create that necessary spooky and at times uncomfortable feeling for the audience - a happy, clappy show this is not, but the unfolding drama, deceit, revenge and the magnificently dramatic music, ensure that the audience does clap, eventhough they might not be certain about whether it is right to do so or not - perhaps that is the greatest tribute to be paid to  the actors on stage. The audience feel they should clap, but the nature of the storyline leaves them confused as to whether it is appropriate. 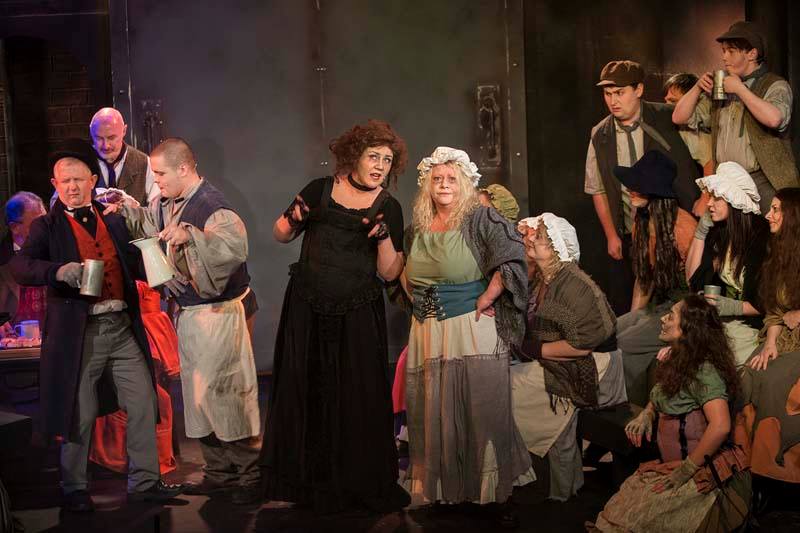 A scene from Sweeney Todd in Clonmel last night.

Emmet Donlon as Anthony and Sinead O'Donovan as Johanna were powerful in their portrayal of the young lovers while John Sharpe as Tobias and David Huges as Judge Turpin  were in top form throughout also. James Sweeney as Beadie Bamford and Michelle Smith as the Beggar Woman with the major twist at the end of the show, while James O'Donovan as Adolfo Pirelli brought a lot of experience to the stage, which was invaluable to the whole company.

Chorally, St Mary's were very strong in this show and the acting of the entire chorus was very impressive indeed. The story was delivered in their facial expressions as well as their lyrics.

All told, this is a show not be missed. If you can get to it, do so. You'll be highly impressed with the fabulous amateur talent on stage - it could easily pass for a professional production.