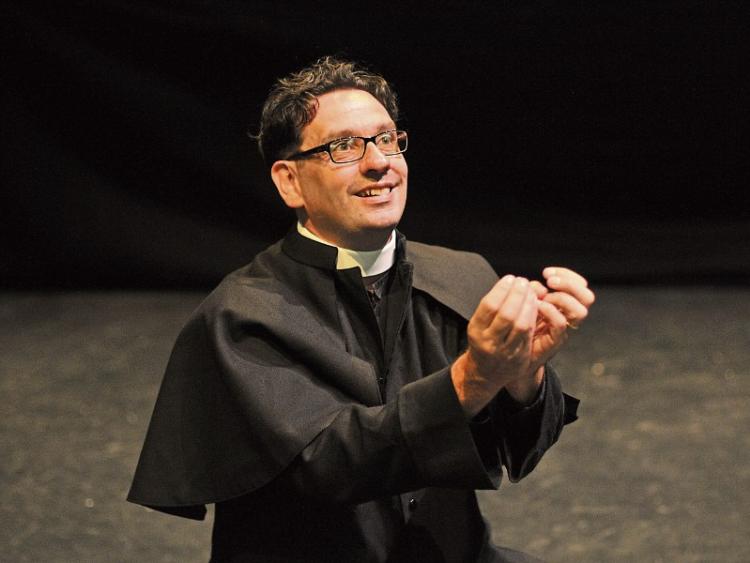 When the Allies entered Rome he and his colleagues had saved over 6,500 lives.

Hugh O’Flaherty, a Kerryman, was awarded the highest honours, including a Commander of the British Empire, the Congressional Medal of Freedom and was the first Irishman named Notary of the Holy Office.

GOD HAS NO COUNTRY

Written and performed by Donal Courtney

Dublin based Killarney Actor Donal Courtney’s  one man show “God has no country” tells the story of the struggles encountered by Kerrryman Monsignor Hugh O’ Flaherty and his colleagues in Rome during the Second World War.

The story follows O’Flaherty’s torment as he has to decide to act in defence of those suffering under the tyranny of the Fascists.

The play also reflects on his upbringing and education in Killarney and how joining the priesthood protecting him from involvement in The War of Independence.

Told with humour and sensitivity, “God has no country” aims to bring the heroic deeds and achievements of this extraordinary man to a wider audience.

God has no Country has been staged in a variety of venues across Ireland and is published as a dramatic text for the English Curriculum book Spirals published by EdCo.