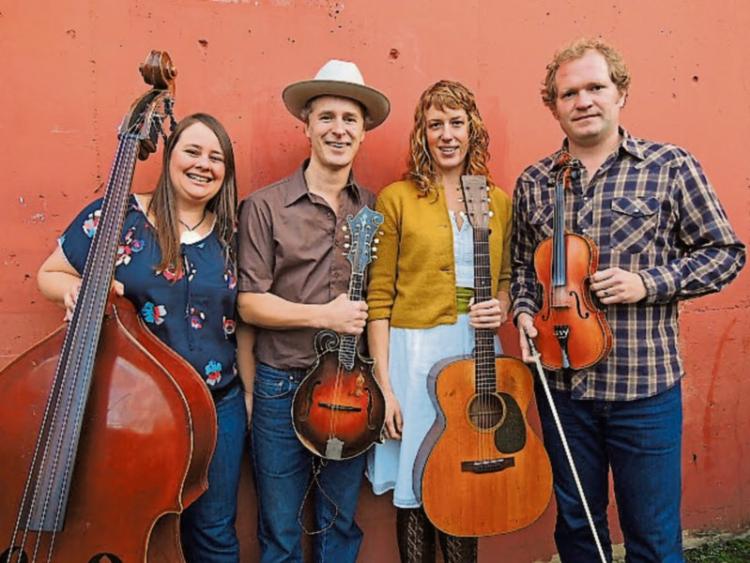 Clonmel World Music is back with a great show ,on Thursday 11th May in Raheen House Hotel, Clonmel.

They are delighted to welcome The Foghorn Stringband, all the way from Portland, Oregon, USA.

It is a big coup to get this band to come to play a show in Clonmel. They are in Ireland for the Feile Na Bealtaine Festival in Dingle and The Baltimore Fiddle Fair in West Cork, and Clonmel and Dublin are the only other gigs in Ireland on this tour.

The Foghorn Stringband is the present day gold standard for real-deal hard-hitting genuine old-time American string band music, with eight albums, thousands of shows, over 15 years of touring under their belts, and an entirely new generation of roots musicians following their lead.

American roots music is a diverse and never-ending well of inspiration, and The Foghorn Stringband continually and obsessively draw from old-time, bluegrass, classic country, and Cajun music traditions in an ongoing quest to present a broad span of American historical music with an unparalleled youthful energy, joy, and virtuosity.

Each member of Foghorn Stringband exemplifies the best of the roots music traditions from their respective native cultures.

Her musical family and rural upbringing are are on display with every note she sings.

Nadine Landry’s (vocals, upright bass) roots lie in the rural backroads of Acadian Québec, and her high lonesome vocals have delighted audiences the world over.

Her earth-shaking bass playing is the rumbling backbone of the Foghorn sound.

Minnesotan Stephen ‘Sammy’ Lind, (vocals, fiddle, banjo) simply put, is the old-time fiddler of his generation whose tone and voice are as old as the same hills that gave birth to this music.

Together, these four have forged a sound like no other roots band. When it comes to faithful recreations of old time string band music you’re hard pressed to find anyone doing it better than The Foghorn Stringband.

In performance, Foghorn Stringband gather around one microphone, balancing their music on the fly, and playing with an intense, fiery abandon.

To the band, this music is as relevant today as it was at its birth a century ago. They see themselves not only as cultural revivalists, but also as historians and fans of this music. Their performances and recordings are a joyful celebration of music from a bygone era that still holds the power to delight audiences worldwide.

Doors for the gig will open at 8.00pm, and The Foghorn Stringband will take to the stage at 9pm prompt.

Tickets for this great gig are on sale now, and are available in Marians Bookshop. O’Connell St. Clonmel , or from Gerry Lawless on 086 3389619.