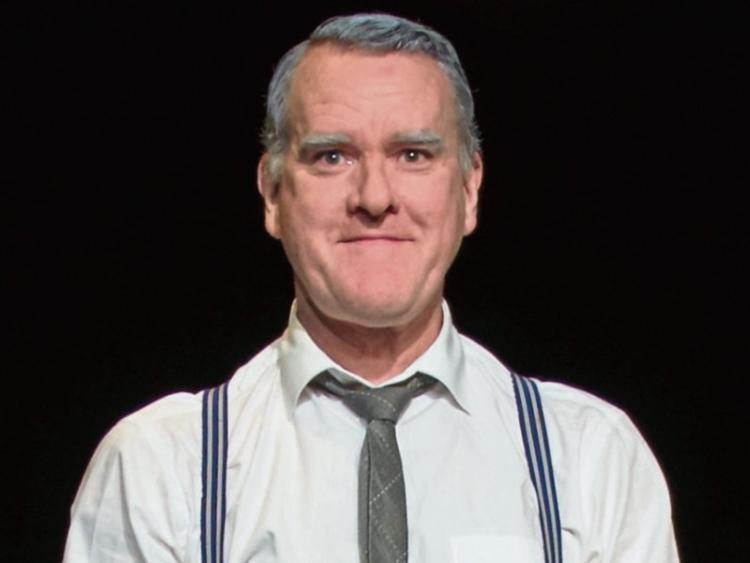 Nenagh Arts Centre will feature theatre and vintage films over the coming fortnight as it marks the Bealtaine festival.

This Friday, May 19, sees Mikel Murfi return to Nenagh with his new one-man show I Hear You and Rejoice, a follow on from his succesful The Man in the Woman's Shoes.

The show tells the tale of Pat Farnon, a cobbler and all-round contented man, who marries the redoubtable Kitsy Rainey late in life. It’s a match made in heaven, in more ways than one. Written and performed by Mikel Murfi , it is a tender and joy filled account of a most unlikely marriage.

Meet Huby Patterson and Magic Mick as well as Sylvie, Eugene and Tony Cleary - the amazing no instrumental man. You may never look at life in quite the same way again.

I Hear You and Rejoice, staged by Loco and Reckless Productions, was created for the Bealtaine Festival - Celebrating Creativity As We Age.

Meanwhile, Jailhouse Rock, which centers around a young man named Vince Everett (played by Elvis Presley) who is sentenced to prison for manslaughter, will be screened on Thursday, May 18, at 8pm. Tickets, €5, and the screening starts at 8pm.

While in prison, Vince is mentored by his cellmate Hunk Houghton (played by Mickey Shaughnessy) who helps develop Everett’s musical ability. After being released from jail, Vince meets a music promoter (played by Judy Tyler) who helps launch his musical career. Along the way, as Vince’s stardom rises, it starts to strain and test his personal relationships.

On Wednesday, May 31, the Hitchcock classic, Vertigo, starring James Stewart and Kim Novak, will be screened at 8pm.

John "Scottie" Ferguson (James Stewart) is a retired San Francisco police detective who suffers from acrophobia and Madeleine (Kim Novak) is the lady who leads him to high places. A wealthy shipbuilder who is an acquaintance from college days approaches Scottie and asks him to follow his beautiful wife, Madeleine. He fears she is going insane, maybe even contemplating suicide, he believes she is possessed by a dead ancestor. Scottie is sceptical, but agrees after he sees the beautiful Madeleine.

Meanwhile, this Wednesday, May 17, at 8pm the centre will screen Lost In Translation. Middle-aged American movie star Bob Harris is in Tokyo to film a personal endorsement Suntory whisky ad solely for the Japanese market. He is past his movie star prime, but his name and image still have enough cachet for him to have gotten this lucrative $2m job.

He has an unsatisfying home life where his wife Lydia follows him wherever he goes - in the form of messages and faxes - for him to deal with the minutiae of their everyday lives, while she stays at home to look after their kids.

Staying at the same upscale hotel is fellow American, twenty-something recent Yale Philosophy graduate Charlotte, her husband John, an entertainment still photographer, who is on assignment in Japan.

As such, she is largely left to her own devices in the city, especially when his job takes him out of Tokyo. Both Bob and Charlotte are feeling lost by their current situations, which are not helped by the cultural barriers they feel in Tokyo.