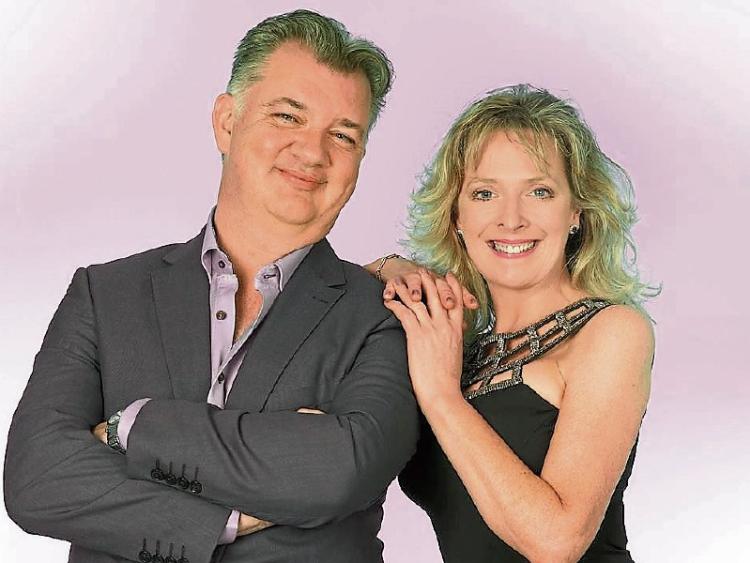 Entertainers Muriel O' Connor and Fran Curry continue to shine with their most recent award from the Hot Country TV Show recognising them as Irelands hottest duo.

This comes in the wake of awards from The Farmers Journal and The Sunday World two years running as well as awards from numerous local radio stations. They both have recently hosted their own TV shows with guest Brendan Grace.

Singer, entertainer and broadcaster Muriel O Connor is recognised, by her peers and audiences alike, as one of the great Irish entertainers.

Muriel has recorded four albums and has enjoyed airplay hits with songs such as Hillbilly Rock, Whatever You Say Say Nothing and Waltzing an Angel. However it was the duet ‘Something Blue’ that took the radio world by storm with the song being one of the most played Irish Songs throughout 2015. Since then the hit songs continue with duets such as Water Into Wine and Ten Floors Up.

Muriel performs live with session keyboard player and record producer Fran Curry who spent many years with legendary folk group The Bards with whom he enjoyed huge success for many years. Fran is a classical guitarist and pianist as well as playing several other instruments. He has produced recordings for Louise Morrissey, Trudi Lalor, John Hogan, Dave Lawlor and many more. Fran has also appeared on recordings with Mick Hanly, Philip Donnelly, Chris Rea, Donal Lunny and many more of our top artists. He is also a founder member of the session musician band ‘The Out of the Blue Brothers’ a line up that includes Eoin O Neil (Moving Hearts, Riverdance, and Celtic Woman) and Ray Fean (Horslips, Celtic Woman, and Sharon Shannon)

Fran is also one of the most respected broadcasters in the country and continues to broadcast the Tipp FM daily current affairs show ‘Tipp Today’.

Look out for the new album from them in the autumn.