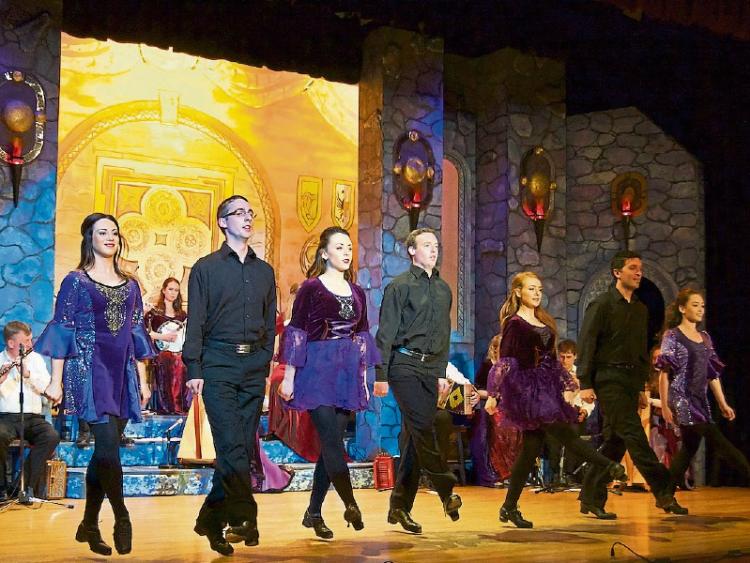 The Brú Ború performers make a welcome return to their cultural centre by the Rock of Cashel when they kick off the summer sessions on Tuesday, 27th June

Adding to their many world trips, the Brú Ború performers have just returned from Brussels where they performed on the invitation of the Irish Embassy. This was an encore from last year when they also performed for their Belgian hosts.

These cultural ambassadors have fans in many parts of the world. They provided the main entertainment during the six months of the European Presidency in Ireland. Their travels have brought them to Japan, China, Milan, Spain, Sardinia and several other destinations.

The Brú Ború performers are drawn from many parts of Ireland and also includes a top class dancer from Argentina. Fernando Marcos has been with the group for several years.

Star performers Bobby Gardiner, Jim Egan, Mary Kelly and Nora Butler are joined by the pick of the crop of new talented traditional performers. Having passed the quarter century mark, the Brú Ború evening is more than a show. The theatre performance is followed by the Teach Ceoil “get to know you” informal session. There is also the subterranean Sounds of History to be experienced.

The Director of Brú Ború, Úna Ó Murchú, said: “The quarter century has been an interesting and fruitful journey. There have been many memorable milestones on the way. We like meeting the visitors who some to the centre each year. It has become a place to meet and make new friends”.

The Brú Ború sessions run five nights each week (Tuesday to Saturday) throughout the summer season.