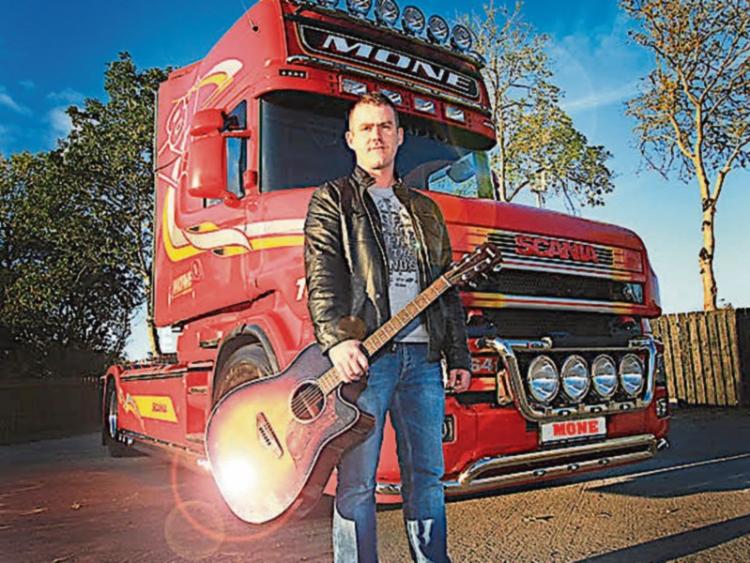 Hit songs have, over the decades, provided the ‘magic’ ingredient that elevated entertainment artistes to the upper league in terms of audience pulling power and subsequent success in a teak tough business.

There are countless examples of this on the country dancing scene, going right back to the early days when Big Tom hit the jackpot with ‘Gentle Mother’ and followed in more recent years with songs like ‘Your Wedding Day’ (Jimmy Buckley), ‘Say You Love Me’ (Robert Mizzell) and, of course, ‘Wagon Wheel’ (Nathan Carter).

‘Hit The Diff’, a song with a distinct rural theme, has done the business, and in some style too, for agricultural contractor and entertainment star, Marty Mone of Castleblaney.

Having released “ Hit the Diff’ the album, featuring 10 original songs and becoming one of the biggest selling independent releases since its release in 2015, Marty has created a legion of fans as one of Ireland's best songwriters and performer.

‘Hit the Diff’ became a viral anthem on YouTube with over 3.5 million views, the song became a hit not only for the farming community but in most towns and cities as well.

“When ‘Hit the Diff’ came out I had hoped that it might do something for me but I never thought for a moment that it would scale such heights,” admits Marty.

“It seemed to be played by every radio station in the country and no matter where I go to play people are recognising me.”

The popular Castleblayney man, is currently enjoying further success with his second hit single ‘Slip the Clutch’, a follow up to the phenomenally successful ‘Hit the Diff’.

Local appearances in this neck of the wood are rare enough but Marty Mone is earmarked for a special County Tipperary ‘ticket only’ date at The Venue in Dundrum House Hotel on Saturday, 29th July.

The show is being promoted by the local Raparee Cycling Club,in conjunction with their annual road race taking place that same evening.