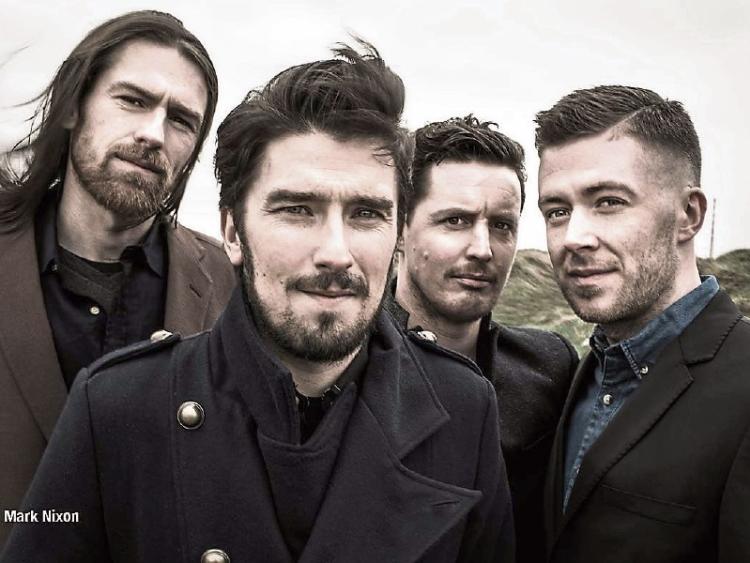 Hayes Hotel Big Band Bash presents The Riptide Movement on Saturday, August 19, with support from amazing local bands Seskin Lane and Jester. Bands start at 9pm followed by DJ Darren in Club Icon and DJ Martin Maher in HHCLUB. A night not to be missed. Early bird tickets €10 or €15 on the night. Tickets on sale from Hayes hotel or call 0504-22122. Free BBQ food on the night.

The songs of Joni Mitchell in Nenagh

The three-piece Shadows and Light perform stunning interpretations of iconic singer songwriter Joni Mitchell’s legendary song book at the Nenagh Arts Centre this September. Dubbed one of the greatest songwriters ever, Canadian born Mitchell's extensive back catalogue of classics include numbers from the likes of Hejira, Ladies of the Canyon, Blue and Wild Things Run Fast. With vocalist Maura Vambeck, Dave Mulligan on guitar and Paul Enright on keyboard. Catch Shadows And Light - The Songs & Stories of Joni Mitchell on Saturday 30th September, 8pm. Tickets €18.50/€16 (plus €1 Booking Fee)

Andy Irvine, Don Baker, Seamie O'Dowd and Brendan Power are among the acts lined up for open-air gigs at the first Free Reed festival in Cloughjordan Amphitheatre on Friday, September 15, and Saturday, September 16. The festival is focused on the harmonica and other reed instruments such as the concertina and accordian. Admission to both concerts is €15 and tickets are available through Eventbrite.ie or the amphitheatre Facebook page or at the gate on the night. Gates open at 7pm and parking will be available in the Enterprise Centre in the eco-village. The weekend will include workshops on intrument repair, beginners, intermediate and advanced in harmonica, with free children's beginners classes on the Saturday.

Catch comedians Bernard O'Shea and Karl Spain as they embark on a nationwide tour this Autumn with their 'Fat Chancers' show. See the two funny men on their visit to Thurles as they look to shed the weight and shred the audience with their acerbic humour. Source Arts Centre, October 21st at 8pm. Tickets €18/ 16