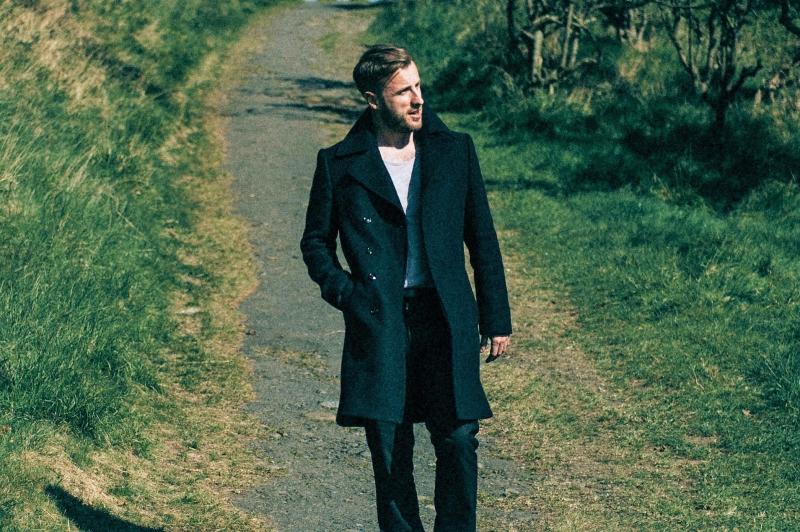 A singer songwriter from Silvermines has made history by becoming the first ever musician to have a song featuring the Irish language on a computer game soundtrack.

Sean Corcoran, aka 'Outsider', has been included with the likes of Lorde, The National and recent Electric Picnic headliners The XX after his debut track ‘Míol Mór Mara’ was included on the latest FIFA 2018 soundtrack.

Corcoran, a full time primary school teacher in Greystones, has described his success to date as a “whirlwind” having only recently signed on the dotted line with Warner Music and of the four songs on his current EP, one was chosen for the FIFA soundtrack while a previous single ‘Late Night Radio’ featured in an episode of Netflix’s The Shadowhunters.

“Growing up Irish was always important to me. My grandfather spoke Irish at home, I loved the language while I was in school in Nenagh CBS and then I studied it at college,” says Corcoran, explaining his decision to include the lyrics ‘as gaeilge’ was a gamble that has so far paid off, ultimately getting the seal of approval from Warner.

“When some people heard it first they told me to change the lyrics, because people won’t know what I’m saying, but I was determined to stick to my guns so I mentioned it to Warner Music and they encouraged me to keep the original lyrics. I felt vindicated when I heard that.”

“Getting onto the FIFA soundtrack brings so much exposure and if the government started a campaign tomorrow to spread the word about the Irish language there’s no way they could compete with the platform that FIFA provides. The attitude definitely needs to change towards the Irish language. Hopefully Míol Mór Mara will have a positive influence,” he says.

Corcoran, who owes his moniker to a Ramone’s song and a Colin Wilson novel, sudden rise up the ranks of the Irish and UK music scene has been several years in the making with the songwriter spending his formative years playing with countless bands, including Moscow Metro, in Nenagh and later Limerick while he studied in Mary Immaculate College.

During his time in Limerick he wrote and recorded a song which eventually found it’s way to American music journalist Cassie Morien whose glowing review helped fire the release up the Spotify charts and reps from Warner Music quickly reached out to discover more about the unsigned talent from Tipperary.

By this time Corcoran had decamped to Galway and after a (brief) self imposed break from music, Corcoran began to take inspiration from the rugged landscape and his working life.

“I think the break helped in that I began to enjoy the creative process all over again,” he muses thoughtfully.

During his time out west he began writing the basis for what would become his FIFA track, inspired in part by his work with a Down Syndrome child.

“Míol Mór Mara is about a child with down syndrome I worked with when I was suffering from huge heartbreak and it had a profound influence on my life. The kid was so inspiring and pulled me out of a dark place really just by spending time with him. It's got a lot of biblical references to Jonah and The Whale, which is symbolic of diving into the sea of the unknown and becoming something far greater than yourself in a spiritual sense,” he offers of his title track which translates to ‘giant beasts of the sea.’

Also central to the ‘Outsider’ team is childhood friend and music engineer Owen Geaney of Atlas White studios who produced and mixed ‘Míol Mór Mara’  and will act as a permanent addition to future Outsider live shows as a multi instrumentalist.

“It's fantastic to have a record deal with a major label like Warner Music because it has a global reach and literally creates opportunities for me,” he says.

"I'd love to start doing some live shows over the next few months and the fact that I'm a teacher works out quite well because of the holidays and the freedom that provides so I just have to see where it all goes from here on," he concludes.