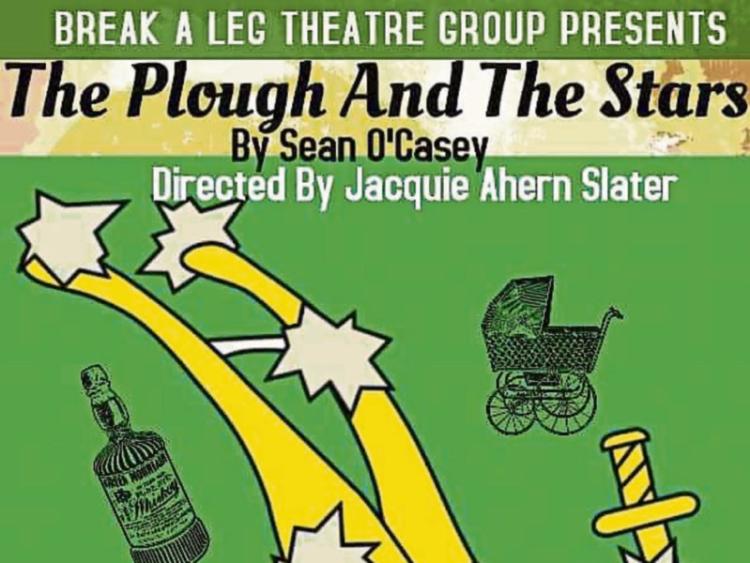 Clonmel wil stage the classic Sean O’Casey play ‘The Plough and the Stars’ next week.

A production of the ‘Break a Leg Theatre Group’ the play tells the story of Ireland just before and during the Easter Rising of 1916. First performed in 1926 the play provoked a riot when Cumann na mBann said it disrespected the tricolour. It tells the heartbreaking stories of the ordinary people of Dublin and how the Easter Rising caused devestating consequences for them.

Directed by Jacquie Ahern Slater the show will be staged in the White Memorial Theatre on November 2, 3 and 4 – doors open at 7.30pm. Tickets cost €15 each and can be bought from the theatre box office on 0858305277 and from South Tipperary Arts Centre, Clonmel.