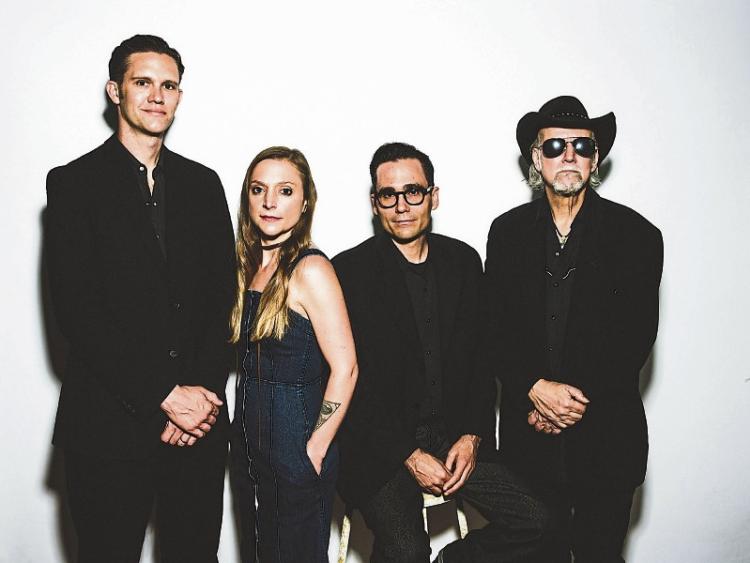 Clonmel World Music is delighted to welcome Eilen Jewell and her great band back to Tipperary, for their third Clonmel appearance.

Hailing from from Boise, Idaho Eilen Jewell is based in Boston and has distinguished herself as one of the rising stars of a new generation of US roots musicians. She is a prolific songwriter, releasing eight albums since 2005. Eilen Jewell herself channels the styles of not only country greats like Patsy Cline and Loretta Lynn, but also Jazz and Pop icons like Peggy Lee and Billie Holiday. In 2010, Jewell released the album Butcher Holler, an album of Loretta Lynn covers.

The Eilen Jewell band are on a short European tour to promote her new CD, “Down Hearted Blues”, which is an album of classic blues covers. For this new album, Jewell and her husband, and musical partner Jason Beek, dug deep into the history of the blues to find 12 old gems that could be polished into new Americana-influenced versions to give the songs new life. Jewell has always wanted to record a blues album and now Down Hearted Blues realises that long held dream of hers. The album was released on September 22nd, and includes covers of blues classics by Bessie Smith and Memphis Minnie. No Depression, the respected journal of Roots music, say “This album has “best of the year” written all over it. There’s not a weak track on it.” This new collection of twelve rare, bold blues and R&B covers adds to her potent mix of classic country, folk, and early rock ’n roll inspired original music. For over a decade now Jewell has taken her brand of sultry surf-noir, and dynamic Americana music to cities from Melbourne to Madrid to Manhattan. Her subtle but powerful musical approach, combined with her warm stage presence and evocative original lyrics, continue to gain her the loyalty of fans worldwide.

Eilen is touring with her long-time band of Jason Beek (Drums,Harmony Vocals), Jerry Miller (Electric, Acoustic & Steel Guitars) and Shawn Supra (Upright “Doghouse” Bass) and her song's have appeared in several primetime US TV series including Nashville, True Blood and Sons Of Anarchy.

Doors for the gig will open at 8pm and The Eilen Jewell band will take to the stage at 9pm prompt in Raheen House Hotel, Clonmel. Tickets for this great gig are on sale now, and are available in Marians Bookshop. O’Connell St. Clonmel , from South Tipperary Arts Centre, Nelson Street Clonmel, or from Gerry Lawless on 086 3389619.