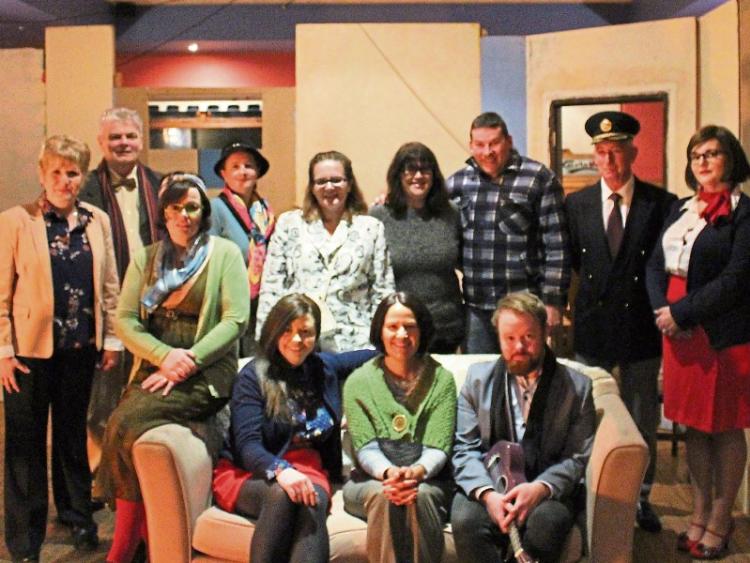 The cast of Murder Inn!

Golden and Kilfeacle Drama group will stage their production for 2017 on Friday and Saturday, December 1 and 2, in Golden hall.

Doors open at 7pm and show starts at 8pm. Tickets can be purchased on the door €10 for adults / €5 for children.

This years' production is “Murder Inn” and produced by Jim Keane. It is an intriguing murder mystery with comic tones throughout. “Murder Inn” is set in at the Barnsley Inn, a dilapidated eighteenth century inn which is supposedly haunted by Marco a knife throwing poltergeist.

A group of tourists on a tour 'Ghosts and Ghouls of New England' are forced by a storm to make an unscheduled stop at the Barnsley. As the night passes and storm builds the body count rises and it’s up to the survivors to figure out who done it and what’s more important to them, is who’s next.

Some survive “Murder Inn” but will you?