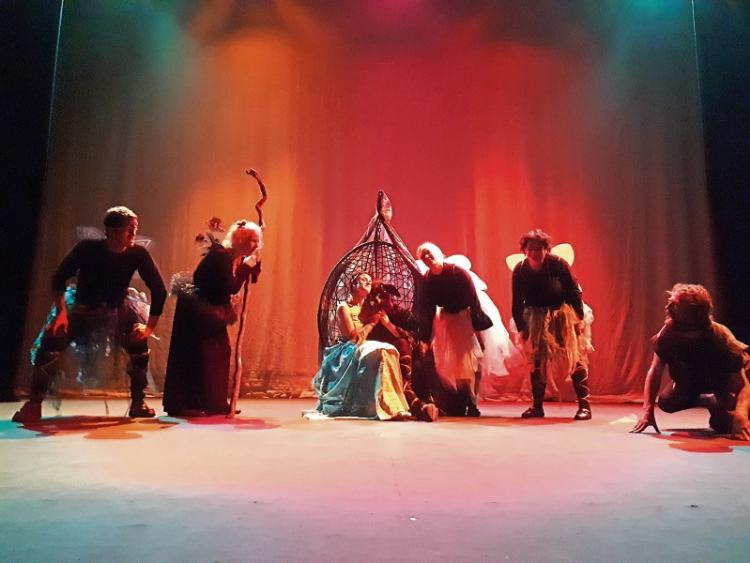 Following on their successful 2017 productions of Big Maggie and Midsummer Night's Dream: Puck's Story, Shakespeare in the Glen is back with The Field, premiering at the Simon Ryan Theatre of the Tipperary Excel Heritage Centre on Friday, February 23 and Saturday, February 24 and ending the run at the Lime Tree Theatre on Friday, March 2, with a student matinee in both venues. John B. Keane’s theatrical masterpiece explores quintessential Irish themes: connection to the land, family loyalty, distrust of the law, loss of faith in the church, and the harsh undercurrent of violence that permeates our history, both recent and ancient.

Though based upon the unsolved murder of Maurice (Mossie) Moore in the village of Reamore near Tralee in 1959, Keane's amazing analysis of Irish culture transcends this seemingly isolated event in Kerry and shines a harsh light on Irish society in its entirety, on the treatment of women, members of the travelling community, and children.

Each character has their own battle, own sphere of influence, own effect, and like so many pebbles thrown into a calm pond they overlap, interact, and influence each other. Using the Ben Barnes edited version of the script, Shakespeare in the Glen highlight the power of influence and control, exposing the universal corruption of the soul caused by action or inaction through word, deed, or silence - and the terrible price that the village of Carrigthomond pays for this corruption.

Many “sacred” social bonds fall under Keane’s microscope in The Field: Father/Son, Mother/Son, Husband/Wife, Church/Law/Community with the roles and responsibilities of the powerbrokers questioned at every opportunity. Shakespeare in the Glen's production charts the unsettled waters of these relationships, observes the ‘tribe’ influencing the social network by their actions or inactions, and reveals how this enculturation permeates every generation with alarming ease. This powerful tale is more than a battle for a four acre field in East Kerry. In the most accessible and understandable way, John B. Keane gives us a glimpse of the eternal battle for the soul, for the innocence, for the light.

Shakespeare in the Glen is an amateur troupe of actors from across Munster, from Limerick to Cashel. Their purpose as a drama group is to stage world and Irish literary classics for schools and evening audiences in the west of Ireland.

Supported in their mission by 54 businesses in and around Tipperary Town, they have been successful in bringing Shakespeare, Brian Friel, and John B. Keane to hundreds of audience members and just recently brought the original and highly acclaimed children's show, Midsummer Night's Dream: Puck's Story, to over 300 Primary School students and teachers from five schools in Munster.