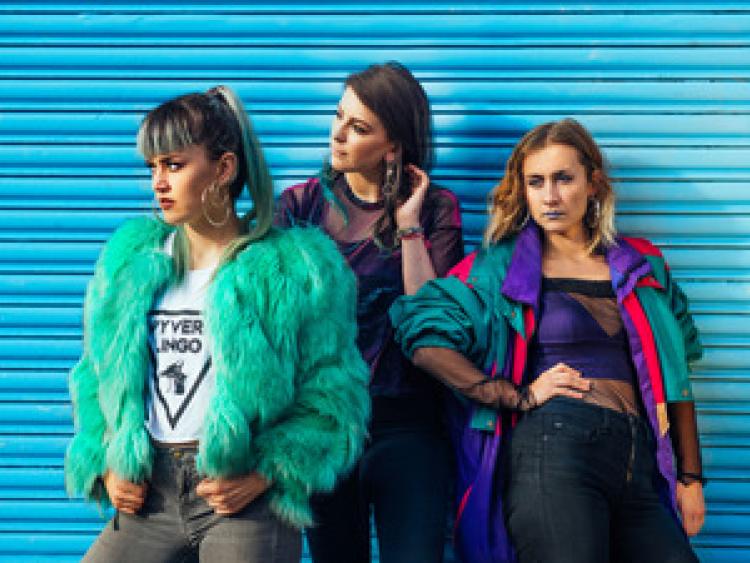 Wicklow band Wyvern Lingo, made up of school friends Saoirse Duane, Karen Crowley and Caoimhe Barry, are set to light up the Source Arts Centre later this month with their first ever concert in Tipperary.

Fresh from critically acclaimed performances on RTE’s Other Voices and the Late Late Show, Wyvern Lingo, have already begun taking over the airwaves with their unique blend of vocal harmonies that combines the best in folk, hip-hop, rock and R’N’B to create a sound that is truly unforgettable.

Following the release of their debut album last week the Bray band are taking to the road, hitting as many towns and venues as they possibly can, on a tour that is predicted to make them one of the most talked about bands in 2018.

“We’re playing a lot of venues we haven’t been to before and it’s a happy coincidence that a lot of our shows are in places where we have extended family,” explains vocalist and bass player Karen Crowley, adding that bandmate Caoimhe’s mother, Susan Daly, originally hails from Borrisokane.

“We’re definitely unique and I don’t think we sound like any other band out there at the moment. All our songs come from a sincere place so I think that’s what’s helped draw people in.”

And indeed it has. The band nabbed a Choice Music Prize nomination earlier this year with their track ‘I Love You Sadie’ and will battle it out for the title of Best Song of the Year against the likes of Niall Horan and The Academic. Following the release of their EP in 2014, the Bray trio have been hard at work, both in the studio and out on the road, to create an album that is both a throwback to the days of 90s R&B yet completely modern with songs taking a strong political outlook.

“We’ve been performing together since we were 15 and this album is the end product of nearly four years. We’ve definitely put the work in and are proud of what we’ve created,” she says, adding that the band hope to follow their current Irish and UK tour with gigs in the US.

“That’d be the dream. Do some shows in the States and a spot of Jools Holland.” It’s definitely an exciting road ahead.