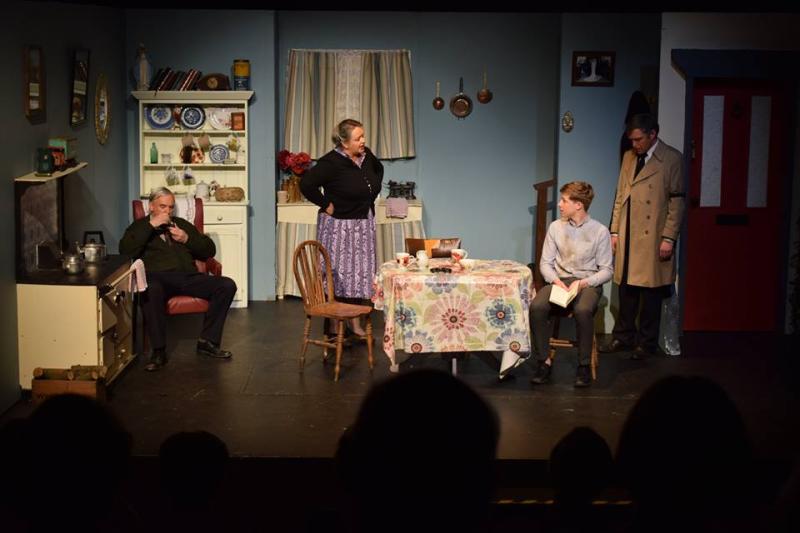 DA, mother, young Charlie and Charlie as an adult

Fourth Wall Laois Theatre Group are the newest theatre group to emerge onto the drama scene in Laois, consisting of actors from all walks of life with experience going back many years. The Source Arts Centre is delighted to host them for one night only with their stage adaptation of ‘Da’ by Hugh Leonard.

‘Da’ is a very funny, but tender play set in Dublin after the burial of Charlie Tynan’s (played by Joe Murphy) father. Charlie’s return to his childhood home prompts the appearance of a host of ghosts from the past including his erstwhile Da (Kevin Lalor-Fitzpatrick).

Retracing the key events of his life; he recalls his foster-mother, his battles with his boss, his early romantic encounters, all the while his re-emerged father passes comment. A comedy laced with pathos, ‘Da’, directed by David Corri, is peppered with memorable one-liners on emotional injury, love, and marriage.