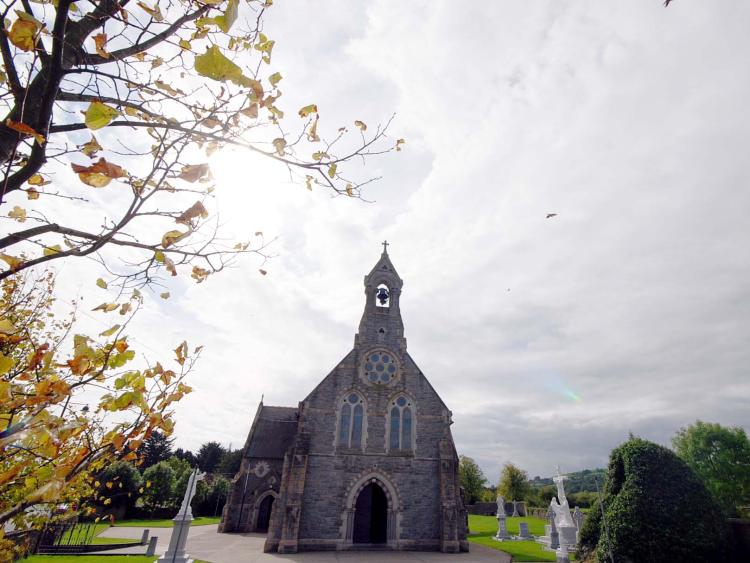 Church of the Sacred Heart in Borrisoleigh

A unique event will take place in Borrisoleigh on Friday 27 July when two simultaneous hand bell ringing marathon recitals will take place. The bell ringing will be conducted by the London-based guild of St Cualan, under the direction of Thomas Hinks.

The Guild of St Cualan takes its name from the Bearnan Cualan, a tenth century Irish bell shrine which is in the British Museum. The bell shrine originally belonged to the monastery of St Cualan at Glenkeen but came into the possession of Thomas Lawlor Cooke of Birr in the late nineteenth century. It was sold by Cooke along with other artefacts to the British Museum, where it has been on display ever since.

When this guild of bell ringers was first formed, so enchanted were they, by the Bearnan Cualan in the London Museum, that they adopted the name for their chapter. It was only in more recent times that they discovered the story behind the famous Bearnan and its association with Glenkeen.

The group will divide into two, one half remaining in the Church of the Sacred Heart in Borrisoleigh, while the other head to ancient Glenkeen. At about 1pm, they will commence their marathon peal, which will continue for three hours. We invite people to come along to either of the venues and remain for whatever length of time that they wish.

This craft of handbell ringing is as ancient as it is unusual. While it practised by quite a number of chapters in the English Anglican church communities, it is largely unheard of in Ireland. As far as can be ascertained, this is the first time that such a venture has been undertaken in southern Ireland. We appeal for your support in extending a warm welcome to these visitors to Tipperary.