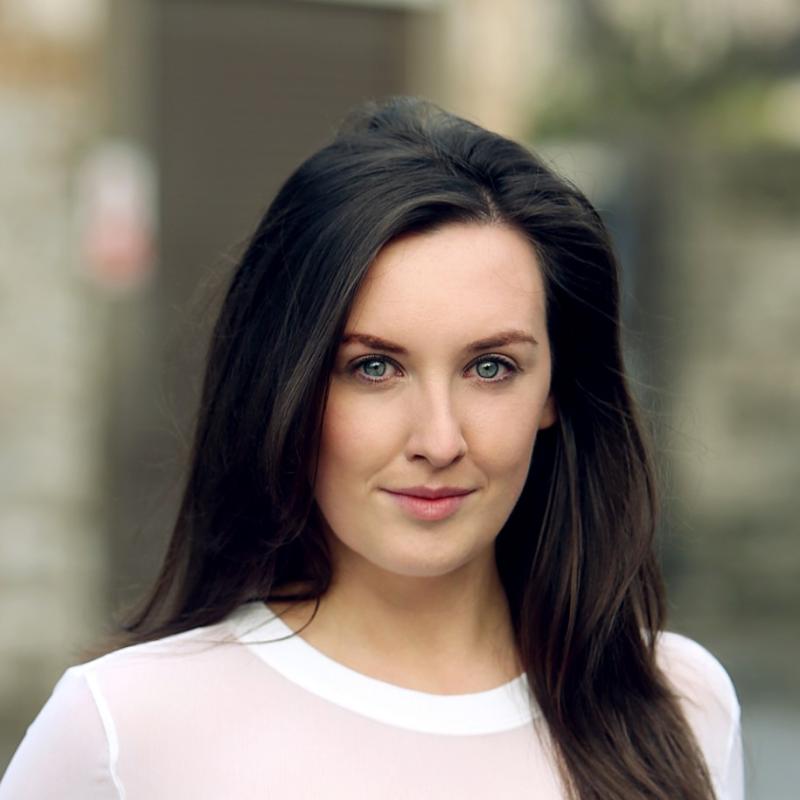 How many years have you been performing: Started from the age of 4 at Pauline Dwan's School of Ballet. Working for 7 years as a professional actor.

Where/ When did you get your big break: Every acting job has been a break in itself really, you're working and getting more experience and exposure under your belt. I suppose Signatories in Kilmainham Gaol was when I felt the game had upped a notch and recently Copper Face Jacks The Musical has been a dream gig with such a great leading part in The Olympia Theatre.

Highlights of the year so far: Living in Sicily at the beginning of the year for 5 weeks with my boyfriend and Copper Face Jacks The Musical.

Best memory from Copper Face Jacks the Musical: The fun in the rehearsal room, the hardest part of the job was trying not to laugh so much when running scenes.

Dream role: The Widow Quinn in Playboy of The Western World by JM Synge

Most famous person you've performed in front of/ Have you ever been star struck: Hozier was at opening night, so that was cool. I met Ralph Fiennes years ago and that knocked me for six and meeting Coldplay was a pretty big deal for me too, I'm still a huge fan!

Best on stage moment: Performing my own play "Test Copy" in The Source and getting to say the line "We're here in the swimming pool car park" on hollowed ground.

What's the biggest issue in Ireland today: The appalling state of mental health services. The lack of funds, accountability and realisation from those at the top that society needs better emergency response services and sustainable care for mental health. If you have an accident you phone an ambulance. If you're at a crisis point with yourself your options are limited and unclear. Politicians need to stop sitting on the shoulders of charities, step up and do better for their citizens because the state of current services is simply not good enough!

If you were President for the day: I'd do my best to implement better mental health services

Best thing about Tipperary is: The community spirit

Last person you spoke to on the phone: My Dad

What's next: It's a surprise (literally)

In conversation with Niamh Dillon. Roseanna Purcell most recently played one of the lead roles in 'Copper Faced Jacks: The Musical' in Dublin's Olympia Theatre.