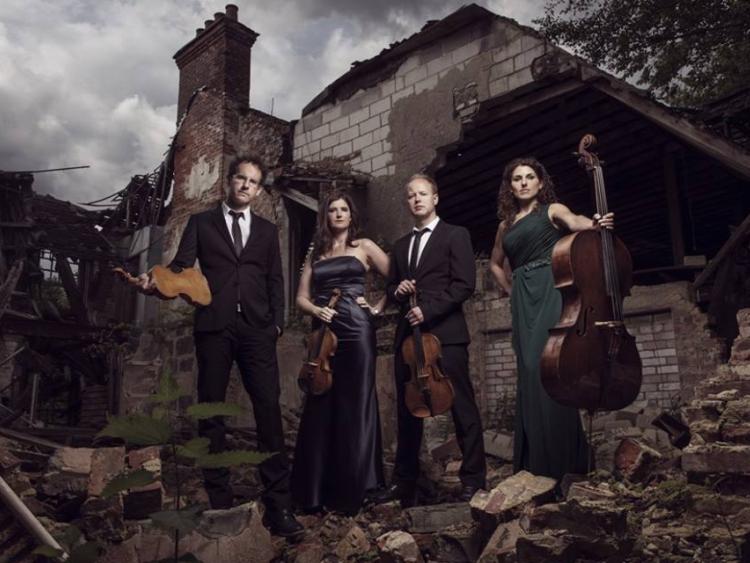 Classical music fans are in for a treat when the internationally renowned Carducci Quartet perform in The Source Arts Centre this October as part of a nationwide tour.

The group, which formed in 1997, have since established themselves as one of the most accomplished string quartets in Europe having won numerous international competitions including the Concert Artists Guild Competition 2007 and Finland’s Kuhmo International Chamber Music Competition 2004.

Behind The Scenes Carducci Quartet Recordinghttps://t.co/A7siMt2LKT

To date their Naxos recordings of Philip Glass’ Quartets have been played over six million times on Spotify. Pieces performed by the group during their nationwide tour include stunning versions of Beethoven Quartet Op.18/4; Donnacha Dennehy 'Pushpulling'; Philip Glass Quartet No.3 and Mendelssohn’s Quartet Op. 80.

The Carducci Quartet play The Source Arts Centre on Friday October 19. The show starts at 8pm and tickets are available from www.sourcearts.ie or by calling 0504 90204.