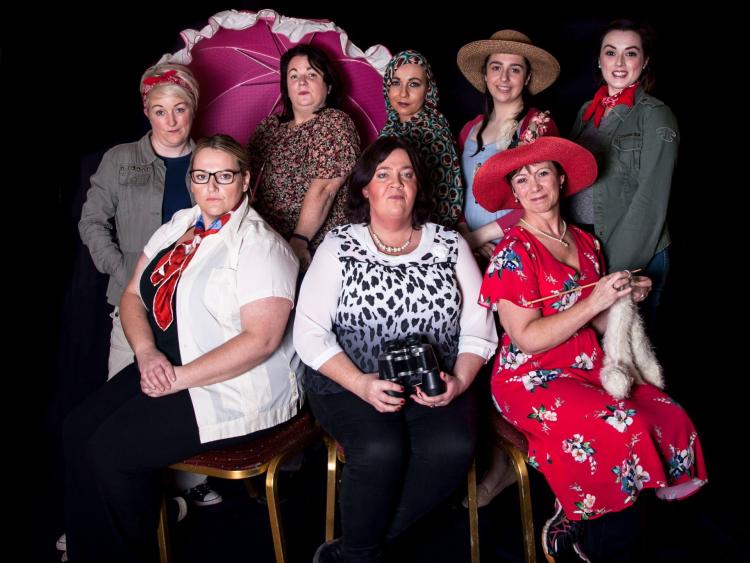 Talented Tipperary group Cashel Choral and Dramatic Society is busy putting the finishing touches to their upcoming production of the comedy-thriller Deserted Night by T.B. Morris.

The play tells the story of Katharine Clavell, a formidable force in the public eye of 1960s Britain. Her fearless pursuit of equal rights and opportunities for women gain her respect, admiration and celebrity status.

Her reputation spreads far and wide, receiving an invitation from an Arabian Sheik to travel to his home in the Middle East and address his wives on the emancipation of women. Making such an address in a country where women's rights are virtually non-existent would seem a tough task.

But Dame Kitty was never one to shy away from a challenge and, brimming with optimism, amasses an all-female expedition to make the most of this rare opportunity. The party includes Kitty's teenage daughter Lesley, her secretary Alice, friends Emily and Astra, and trusty pilots Jan and Meriel at the helm.

But even the best-laid plans of mice and women often go awry, and Dame Katharine couldn't have anticipated what would happen next.

This hilarious comedy-thriller is full of twists and turns that will delight audiences and lift spirits.

Directed by Gail O'Keeffe, Deserted Night runs at Brú Ború, Cashel, from November 29 to December 2 at 8pm nightly. Tickets are €15, with €10 concession tickets for students and senior citizens for shows on November 29 and 30. Tickets are available from O'Dwyer's Pharmacy, Main Street, Cashel on 062-61318 and Brú Ború on 062-61122.