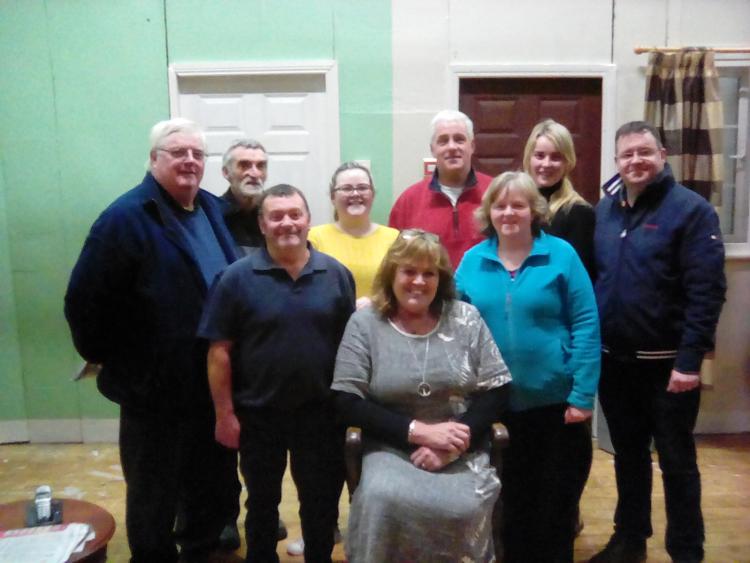 Members of Holycross Ballycahill Drama Group all set for the stage.

Friday November 23 and Saturday 24 at 8.30pm in Holycross Community Centre.

We all know what this time of the year means for drama lovers - Christmas play time.
And, Holycross Ballycahill Drama Group has been hard at work learning lines, building a set, rigging lights and sound and taking direction from Geraldine O'Neill - admittedly they have also had a lot of laughs during the last couple of months but then that's the norm for the group.
This year they tackle an Alan Ayckbourn play, How The Other Half Loves - a comedy, of course about three couples whose lives become intertwined not quite by accident but due to the lies that are told to cover up an affair, never a good idea but even less so when people work together. Things become interesting when the spouses of the cheating pair decide to host dinner parties in a bid to sort out the problems of the unsuspecting scapegoats, what could possibly go wrong?
Once again Geraldine O'Neill is at the helm in directing, lighting and sound by Paddy Connolly, Miriam Lanigan and Marty O'Neill. The cast includes some familiar faces and also a brand new member, Marie Spillane. The future of any group depends on continuing to grow and attract new members and they are thrilled to have Marie whose stage experience in the Presentation Secondary school is obvious to see. Holycross Drama Group are also thrilled to welcome back John Glasheen who also acts with the Drom and Inch Players and Michael Healy from the Loughmore Drama Group both of whom have graced the Holycross stage before. The three remaining cast members are Tommy Lanigan, Joanne O'Neill and Aisling Henchion, all well known Holycross/Ballycahill Drama members. Backstage crew include Sally O'Rourke, Catherine Lowry and Andy Slattery.
Please come out and support Holycross Drama Group on Friday November 23 and Saturday 24 at 8.30pm in Holycross Community Centre. An audience is all they need now to make a great show even better.