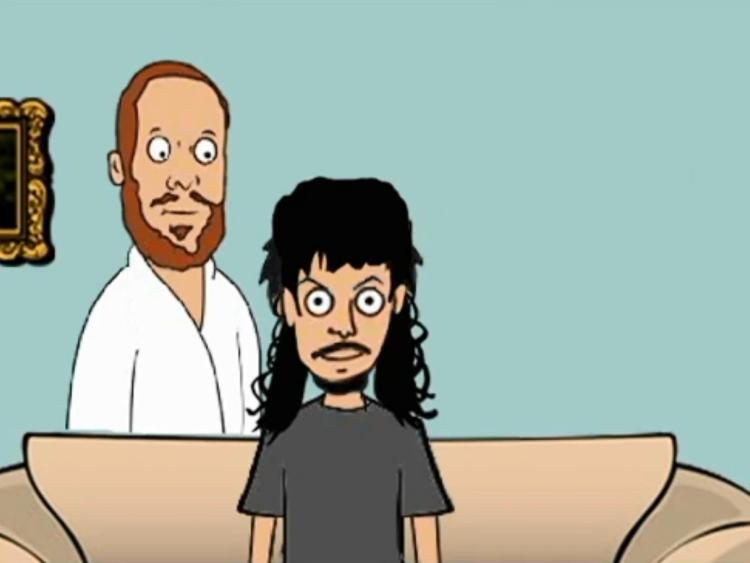 Noble said he was inspired to create the ten part short series, titled Bootleg Jesus, after spotting a small religious statue in a house while working on a production for RTE last summer.

“I picked up a statue on a shelf and the idea just hit me. It wasn't a very good statue and to me it looked like Mary with a beard. I mentioned that it looked like a bootleg Jesus and from there the idea grew.

I was talking about it a few weeks later and I said if I could get someone to voice it, it had to be Owen Colgan, as his voice is so distinct. He's very country but people get it,” Noble told the Tipperary Star.

“I reached out to Owen over email and agreed to meet him in Dublin to discuss the project thinking I'd have to really sell him the idea but he was already on board. He said he hadn't worked with animation before so he was up for the challenge.”

Actor and comedian Owen Colgan famously played the role of Buzz McDonnell on the hit RTE show Hardybucks and Noble has described the addition of Colgan to the cast as a major coop for the series, adding that his ability to improvise on set blew the production team away.

“We'd feed him lines but Owen is so fast and so clever. He had us all laughing,” he said.

The series also stars the voice of long time Ntoonz collaborator Matt O'Sioda who also acted as sound mixer for the series.

Catch the next episode of Bootleg Jesus on the Ntoonz Youtube channel on Monday, February 25 at 8pm.