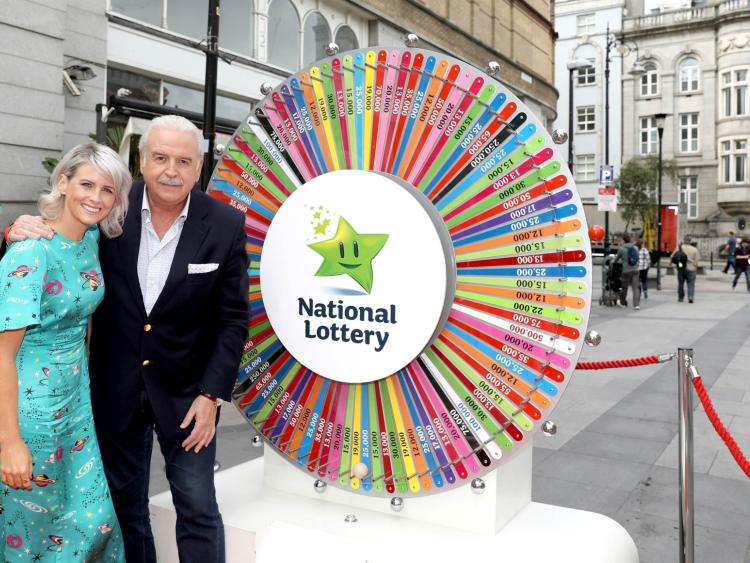 A dairy farmer from County Tipperary is hoping ti spin the wheel on National Lottery game show Winning Streak on RTÉ One this Saturday (March 23).

Jim Delahunty from Carrig in County Tipperary is feeling nervous and excited ahead of his Winning Streak appearance.

The dairy farmer was busy at work two Saturday’s ago when his phone rang. It was his brother, Stephen, telling him excitedly that he got pulled out for Winning Streak. Jim didn’t believe him, hung up and seconds later he got a similar call from a cousin. It wasn’t until Stephen sent him a picture of his name on screen, via Whatsapp, did he begin to believe the good news.

Born and bred in Tipperary, Jim has been married to Pauline for more than 20 years and the pair have two children - Colm (14) and Sarah (11). His children are buzzing with excitement ahead of cheering him on from the audience on the night and they have been busy in school making banners. Jim is the youngest of seven siblings, some of whom will be coming to cheer him on in Dublin and others who will watch on TV.

In his spare time, which is a rare commodity, Jim loves sport and is a Tipperary hurling fan and supports Munster Rugby also. He has no plans for his winnings just yet, but is sure Colm and Sarah have plans to put a dent in his windfall.

The Winning Streak National Lottery game show, co-presented by Marty Whelan and Sinead Kennedy, will be broadcast this Saturday evening at the earlier-than-usual time of 7.10pm on RTÉ One. The show features some perennial favorite games along with brand new games including Play or Pay, Roll for Riches, WinFall and Electric Dream.

As ever, one of the lucky five players will get the chance to spin the wheel and win up to €500,000. A €100,000 segment will be added to the iconic grand prize Wheel every show if less than that was won in the previous show, improving players chances to win a massive prize.