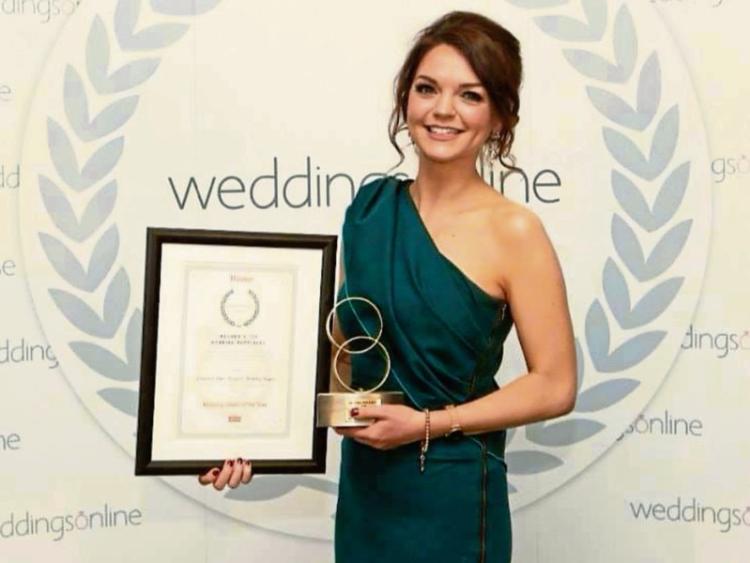 Tipperary vocalist Grainne Ryan has been named Wedding Singer of the Year at a prestigious award ceremony hosted by WeddingsOnline.

Grainne, who hails from

, is one half of church singing duo 'Grainne & John - Harpist & Wedding Singers.'

The duo have gone from strength to strength  since they began singing together four years ago. Both are professionally trained vocalists and Grainne has also  played the harp for ten years.

They have performed  in a wide range of venues including Adare Manor, Kinnitty Castle and Bunratty Castle. Grainne received the prize on behalf of both herself and John.

The pair consistently receive rave reviews for their performances and have been finalists in the WeddingOnline awards since 2015. In 2016 they received a judges commendation.

"We are absolutely thrilled to receive this award in recognition of the high standard and quality of service we provide to couples, even more so that it is a national award as the standards in the competition were sky high,” Grainne told the Tipperary Star this week.

“We always strive to provide a personalised, professional service that will enrich couples big day and we believe that it was the quality of this service, coupled with the impact that the music has on their special day that prompted people to vote for us, and for the judges to ultimately grant us this amazing achievement,” she added.