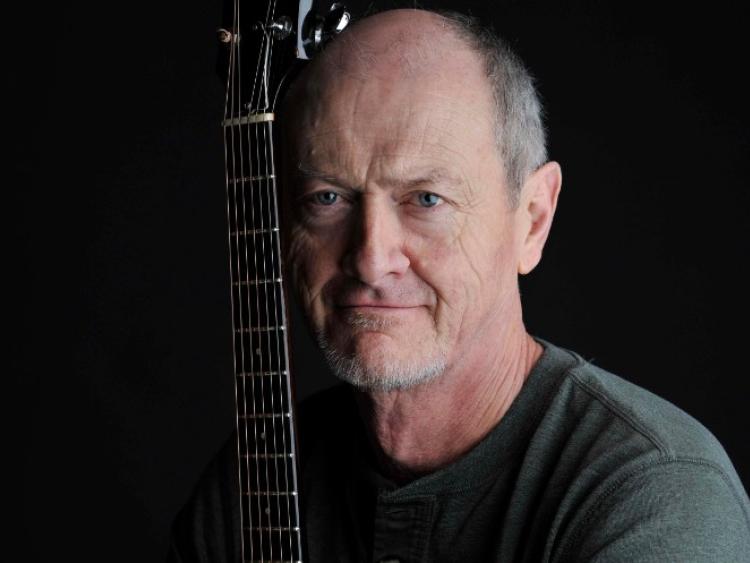 Freddie White has long been synonymous with music of the highest quality and now he brings his acoustic tour to Thurles this May.

White has been part of the fabric of the live music scene in Ireland since the 1970’s and his albums continue to sell well, amongst his loyal and newfound fan base.

Born in Cobh, Co. Cork into a musical family, by age 17 he was playing professionally. At 19, he moved to London, were he busked in subways, and developed his unique voice and guitar style.  His earliest recordings, which were re-mastered and re-released in 2004, are still hugely popular among his loyal fan base.

He  introduced an eclectic repertoire of music, which spanned musical genres and eras to an Irish audience over his two early albums – Live on Tour and Do You Do. Songs such as Frozen Heart, Martha and Down Without A Fight were regulars on Irish radio during the period.

Since then he has written with the likes of Jimmy McCarthy and Johnny Duhan and tours regularly. Prodigal Songs,  Freddie’s latest album, is a collection of songs about the power of love, the power of music, an observation on the history of Ireland over the last 100 years and features Freddie’s renowned ability to not only select the perfect song but improve on it.

Spells in Australia and New York meant that Freddie’s concerts in Ireland were intermittent, but upon returning home recently, he has hit the ground running with this visit to The Source Arts Centre being part of a nationwide tour.

For more information check out www.thesourceartscentre.ie.