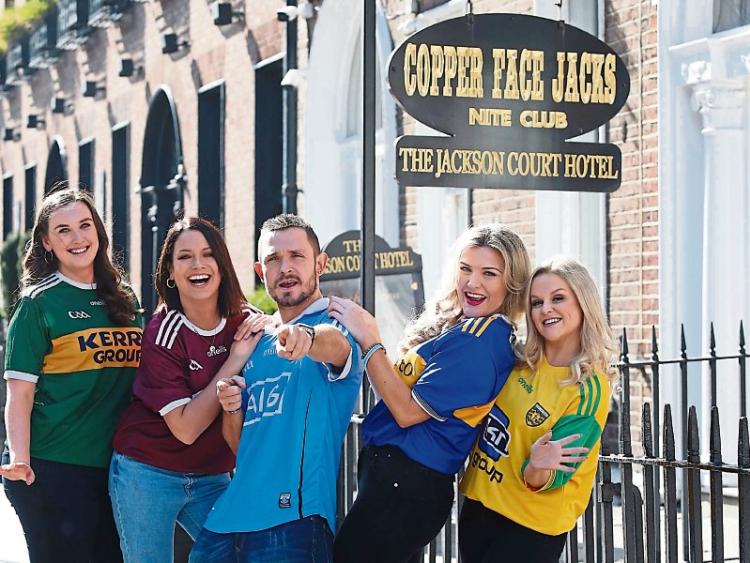 A Tipperary actor is set to star in Copper Face Jacks: The Musical when it returns to the Olympia Theatre, Dublin, from July 10 until August 10.

Littleton's Roseanna Purcell reunites with the character of Noeleen Níc Gearailt for the second year running, a prospect she is "really looking forward to".

Based in Dublin, Roseanna has been working as a professional actor the past seven years, following her studies at University Colllege Cork and the Gaiety School of Acting.

Roseanna was thrilled to branch into musical theatre when the hit musical enthralled audiences at the Olympia last summer, having previously worked on hit TV series including RTÉ’s Fair City and Virgin Media One’s Red Rock.

“Musical theatre is an entirely different scale of work. You just have to make sure your performance engages with a crowd the size of the Olympia, whereas TV is a more intimate performance with just a few other actors and a crew,” Roseanna tells TipperaryLive.ie.

“The level of the performance in terms of the size of it has to be reduced because the camera picks up everything. If you are doing stage acting on camera, it comes across way over the top, so it is a totally different muscle to be exercising,” she explains.

Rosenna says Copper Face Jacks: The Musical is “fun, moves so fast and the energy is very high". She continues: “It’s a full on, two-hour intense experience every night where the audience gives you huge energy. The adrenaline of coming down from the show can be tough, but I know how to deal with all that after doing five weeks of it last year and I’m really looking forward to it,” she continues.

Dancing with the Stars finalist Johnny Ward, well known for his roles in  Love/Hate and Fair City, returns as Gino Wildes, the love interest of Roseanna’s character Noeleen.

Noeleen’s from Kerry and moves to Dublin to work in the VHI. Living on Harcourt Street, one night she hears very loud music playing, goes over the road to see what’s happening and arrives at Copper Face Jacks. She bumps into the captain of the Dublin football team, Gino Wildes, and from there it is Romeo and Juliet set in Dublin. She goes through the emotions of falling for him, even though she is engaged to someone back in Kerry. It’s a really fun storyline,” an excited Roseanna says.

Roseanna says following in Ward’s footsteps and featuring on RTÉ’s Dancing with the Stars would be “so, so interesting”, smiling: “I watched it and really enjoyed it. It seems to be a really intense experience where they learn a whole new skill."

She also says it’s an “exciting time” to be in the Irish acting industry. “I really admire Irish actors and directors and that’s why I’m based in Ireland. In the future, I would love to work on Irish TV drama, something like Love/Hate which was a huge success and Taken Down was a fantastic series. There are some really exciting television projects happening in Ireland at the moment and we are really lucky in that regard. There has been a new wave of talent coming in and the work has been more plentiful in recent years,” she adds.

Tickets for Copper Face Jacks: The Musical can be got from Ticketmaster.