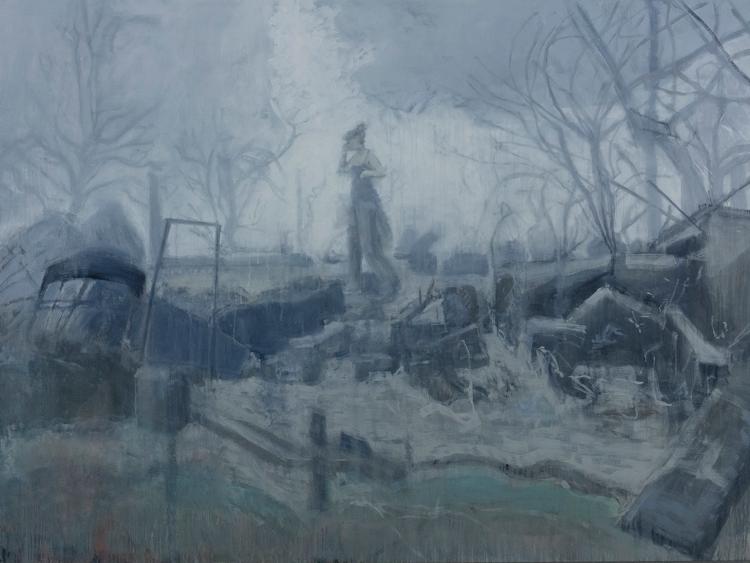 Her latest exhibition is inspired by the short story by Russian author Leo Tolstoy, “How Much Land (does a man need)”. The story tells how one man’s grasping rapaciousness leads to his downfall.

Bernadette Kiely graduated from the College of Art and Design, Waterford I.T. with first class honours in Graphic Design Communications. She worked for two years in graphic design in London and architecture in New York before attending the Slade School of Fine Art.

In 2007 she was elected to the membership of Aosdána and was awarded a studio residency at the Royal Hibernian Academy Schools in 2015.

Her work is in private and public collections in Ireland, UK, Europe and USA and is represented by Taylor Galleries, Dublin.

Source gallery opening hours: 10am to 5pm from Tuesday to Friday and 2pm to 5pm on Saturdays.