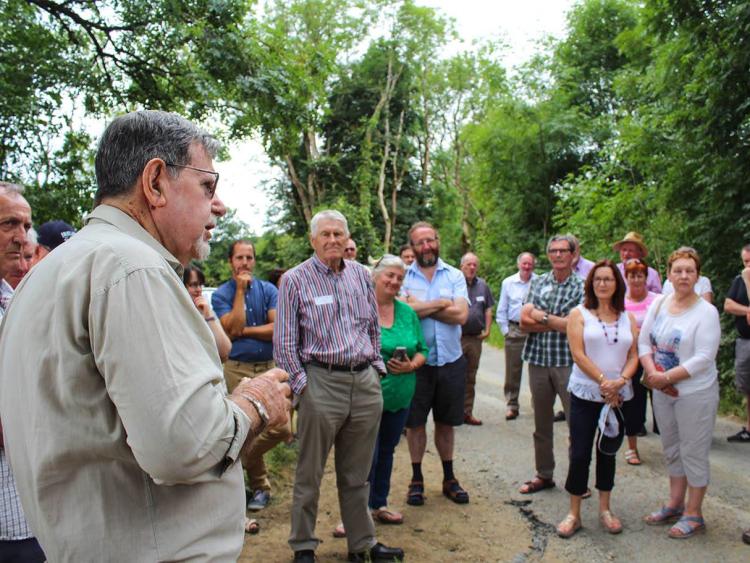 Brian Patrick Kennedy speaking at a family gathering in 2018

Australian author Brian Patrick Kennedy is on route to North Tipperary this weekend to launch his latest books detailing the ancestry of the Ryan and Kennedy families.

Mr Kennedy, who is regarded as the foremost expert on the history of the Kennedy clan, will present the latest instalment in his growing collection on the lineage of his family name titled The Irish Kennedys who moved Eastward – to baronies adjacent to Ormond.

He will also launch a second book in Pa Ryan’s Bar Upperchurch titled The Ryans of Tipperary and Kilkenny – their origins in Eliogarty, Ikerrin, Kilnamanagh and parts of Clanwilliam, Crannagh, Galmoy and Middlethird baronies.

In this book, Mr Kennedy traces the Ryan line in Tipperary back to 1305 and reviews their history in several north eastern Tipperary baronies and adjacent areas in Kilkenny.

According to the author, the Kennedy's and the Ryan's are inextricably linked with a relationship going back hundreds of years.

Mr Kennedy, who hails from the Gold Coast, first came to Ireland in the early 1990's and since then has returned a further 29 times conducting research on his extensive family tree.

His own ancestors emigrated to Australia from the Rearcross area in 1863 and Mr Kennedy has successfully traced his family line back to Ballycapple in the fifteenth century.

Also speaking on the night will be Michael Ryan Kit and Matt Ryan.

All volumes of Mr Kennedy's extensive research collection are available to purchase at the Bookworm Thurles and they are also available at Tipperary County Library.

All are welcome to attend.