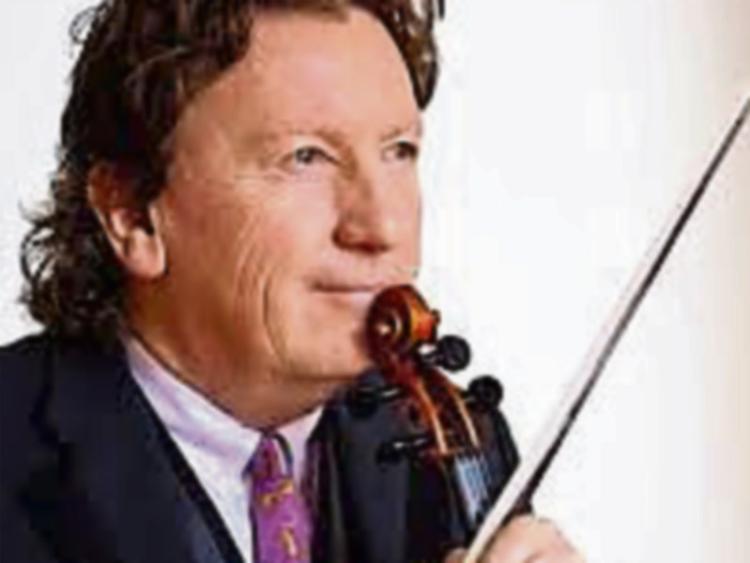 After Monday night’s gig sold out a second date was added on Tuesday, tickets for which are now on sale.

He will be joined by George Grasso and special guests Emma Corbett and Cian Smith.

These special shows take place in Lonergan’s pub in a café-style setting with full seating at candle-lit tables.

Doors will open at 7pm. Music will start at 7.45pm sharp.

Tickets are €20,  and are available on www.clonmelworld

music.com, and in Lonergan’s.

A native of Corrandulla,   just north of Galway city, he has been prominent on the national scene for over forty years, first making headlines as founder member of the acclaimed group De Dannan.

His dazzling virtuosity on the fiddle and his championing of the pioneering showmanship in early 20th century recordings of Irish music made in North America have won him many fans within and outside the tradition.

Frankie comes from a musical family and started playing when he was given a tin whistle for his fourth birthday.

At the age of six, he played for President Kennedy when he visited Ireland in 1963.

In 1974, from these and further sessions, he founded the group De Dannan with Alec Finn. Although De Danann have had many highpoints over a quarter of a century, particularly with the singing of Dolores Keane and Maura O’Connell and the box playing of Mairtin O’Connor, Frankie’s powerful virtuoso fiddle playing has always been at the core of the De Dannan sound.

Frankie has recorded 16 albums with De Dannan, as well as a number of solo albums and three collaborations.

He has also guested with The Rolling Stones on their Voodoo Lounge album, with Keith Richards on Wingless Angels and with Earl Scruggs the great banjo man. He has also played and recorded with Andy Irvine,  Elvis Costello, Stéphane Grappelli, and Frankie Goes to Hollywood.

His current project is The Roaring 20s Irish Orchestra, which celebrates the 1920s music of the Flanagan Brothers.

“A superbly uncompromising player, he makes refreshment of the old by picking out and polishing every detail and setting it off in a steady, listenable pace. Gavin is edgy and brilliant on both fiddle and flute, with always the most meticulous attention given to tone and variation. Live, his tune sets are perfectionism that drive and are driven by an audience spontaneity that spurs Gavin to push fiddle from shriek to rasping bass.”  – Fintan Vallely in the Sunday Tribune.