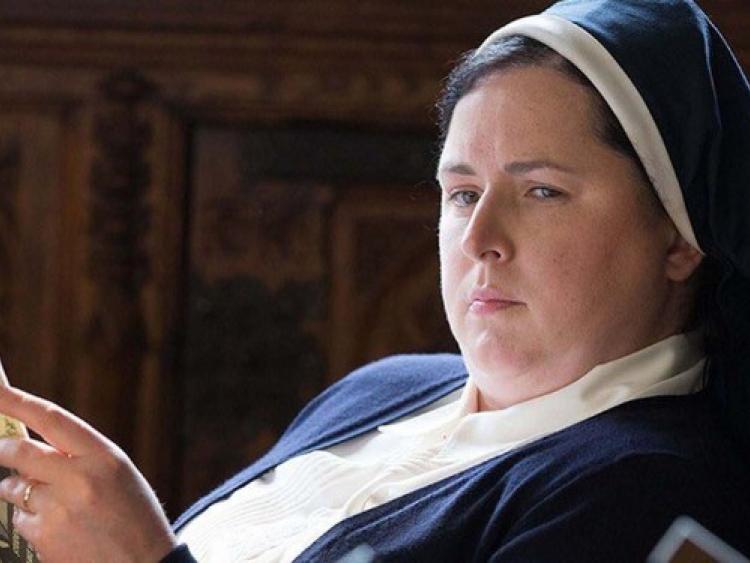 Cork born actress Siobhan McSweeney was undoubtedly one of the stand out stars at this years Dromineer Nenagh Literary Festival.

McSweeney, who shot to fame as the fast talking nun Sister Michael on Channel 4's Derry Girls, was part of an assembled group of writers to read some of their own works, including Nenagh's Donal Ryan, as part of the festivals ‘The Ordinary Made New’ line up.

Primarily known for her stage and screen work, the London based actress has now taken a leap of faith to pen her own short stories.

McSweeney grew up in Aherla, Co. Cork in a house surrounded by poetry and literature, notably through the works of her grandfather An Suibhneach Meann, a famed Irish language poet.

A voracious reader, McSweeney says she devoured everything from Little Women to the Narnia series growing up but stopped while in her mid teens “only doing the bare minimum for school work.”

“I think I binged when I was younger,” she offers.

She then tried her hand at writing, albeit intermittently, and says at one point believed you could only do “one thing”, either acting, painting or writing.

And so, when faced with the option of dedicating herself to scribbling reams of text or performing on stage, she chose the latter.

“And it's only recently, for various reasons, that I've started to write again. I now see how one feeds the other,” she says.

While she never had the chance to know her esteemed grandad growing up, she says he was always spoken about ‘in loving and respectful tones’, held aloft as a ‘great poet.’

“And therefore, my messing around, with funny voices and pratfalls, seemed a million miles away from him. It's only recently that I feel a connection to him. I feel less like an outlier and that perhaps in my own very small and insignificant way, I’m continuing the beautiful line written by him,” she explains during a brief reprieve from a hectic schedule befitting one of the country’s top comedic actresses.

McSweeney has performed at the Abbey Theatre, Royal Shakespeare Company, National Theatre and Royal Court however it was the role of the acerbic nun Sister Michael in Lisa McGee's series about a group of 90's teen's during the Troubles that made her a household name.

She describes the Derry Girls legions of admirers as ‘wonderful’ and you can tell she is genuinely delighted that people have developed a fondness for the character.

“There is occasionally a weird moment when they think I actually am Sister Michael. I can see the disappointment when they realise I'm not as interesting as her,” she jokes.

On the award winning Channel 4 series, which is set to return for a third season, McSweeney says she’d love to see how the cast would deal with a stint in the wilds of the Gaeltacht, retracing the footsteps of her own childhood.

“My father's family hail from Coolea and I spent many summers in the summer colaistes there. It's very much part of my recollection of the 90’s. I think Sister Michael would have great fun in her bánín at the ceilís,” she offers, before adding that whatever scenarios creator Lisa McGee dreams up will be nothing less than perfect.

“The woman is too talented. It's very annoying,” she adds.