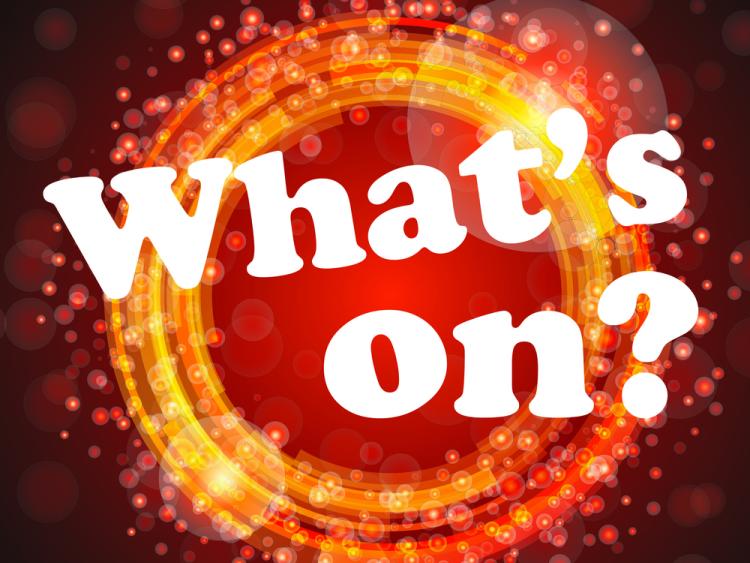 Cloughjordan Drama Group present Don't dress for dinner written by Mark Camoletti. It will be staged in the Parochial Hall, Cloughjordan on the following dates: January 24, 25, 26, 29, 31 and February 1.

A tea dance will be held on Friday, December 20 in Drombane Hall. Music by Teddy and Cathal Barry from 9pm - 12. All welcome.

Irish pianist Máire Carroll is along the names added to the list of performers at St. Joseph’s Church Ballinree, Toomevara on December 21 and 22 for a wonderful night of classical music. The concert series will take place over two nights, December 21 and 22, at 8pm nightly. Tickets for this much anticipated show are available from Una's Flowers, Nenagh, Casey's Service Station, Toomevara or by calling Fran on 085 7079171.

Comedian David O’Doherty brings his new show made up of talking and songs played on the plastic keyboard he got for his confirmation to The Source Arts Centre on Friday, January 31 at 8pm. Tickets cost €20/ 18.