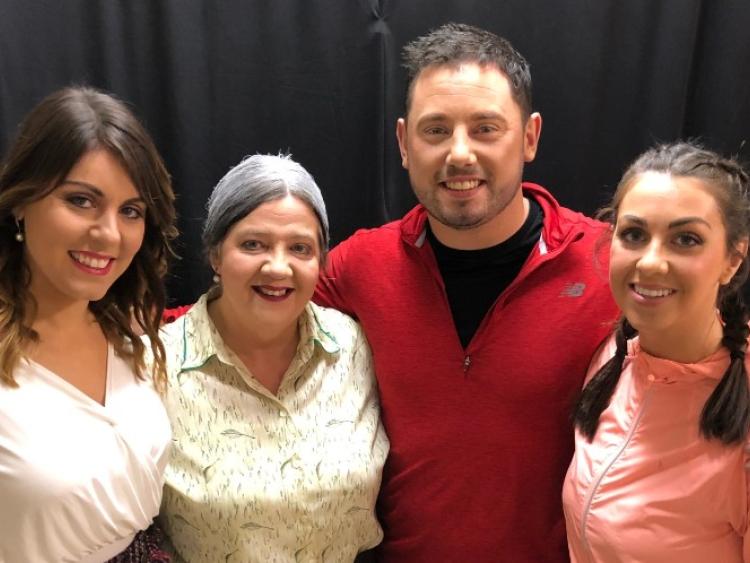 Some of the cast members from The Mating Season L-R: Laura Cahill, Fiona Kennedy, Conor O’Mahony and Zoe Curling

After selling out three nights in Knockavilla hall last December, the Multeen players will once again take to the stage for a special performance of Sam Crees hilarious comedy The Mating Season in aid of Parkinson’s Ireland.

The cast and crew are getting back together this Friday, January 10 at 8pm in Knockavilla hall for another sold out show.

The groups PRO Zoe Curling said the group are thrilled to be back for another show “and to sell out for a fourth night is incredible.”

“The support and feedback we have received from the local community is amazing, and we are looking forward to entertaining everyone one last time and delighted to say that every single cent raised will be going to Parkinson’s Ireland,” she said.

The Multeen Players are the first local drama group to put on a show in Knockavilla in over 40 years.

The Mating Season is a comedy in which widower Sid Gillespie, seeking to marry Stella Morley, attempts first to clear the way by matchmaking his two sons, and likewise sorting out housekeeper Mrs. Jamieson and his old uncle Fred.