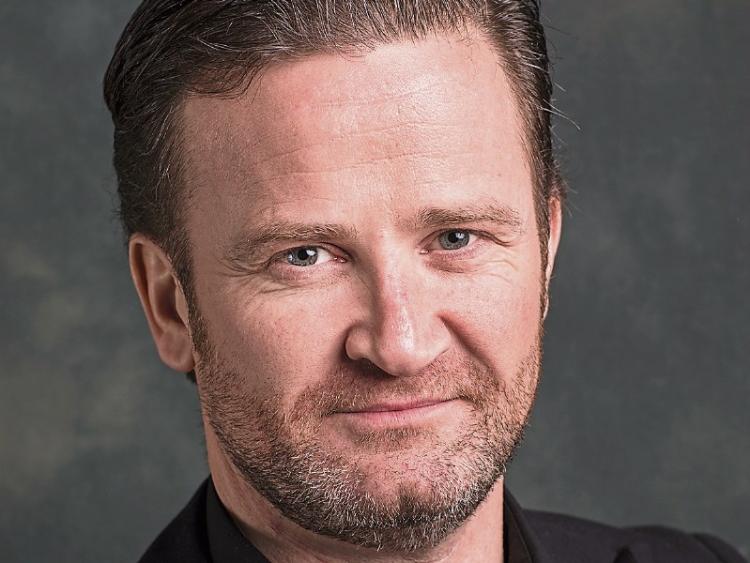 Diarmuid Vaughan will play Jerry in The Full Monty

St. Mary's Choral Society, Clonmel are ready to 'Let It Go' with the raucous yet heart-warming musical The Full Monty.

Based on the cult hit film of the same name, The Full Monty, a ten-time Tony Award nominee, is filled with honest affection, engaging melodies and the most highly anticipated closing number of any show.

The powerhouse team of Terrence McNally (Ragtime) and David Yazbek (Dirty Rotten Scoundrels) cooks up an aggressive crowd-pleaser that both entertains and grabs your heart.

Whilespying on their wives at a "Girls' Night Out, a group of unemployed steelworkers from Buffalo see how much they enjoy watching male strippers.

Jealous, out of work and feeling emasculated, the men come up with a bold and unclothed way to make some quick cash. In preparing, they find themselves extremely exposed; not merely physically but emotionally.

As they conquer their fears, self-consciousness and prejudices, the men come to discover that they're stronger as a group, and the strength that they find in each other gives them the individual courage to "let it go."

A complex, emotional character with plenty of charisma, Jerry Lukowski (Diarmuid Vaughan), needs cash fast so that he can pay his pragmatic, estranged wife, Pam, child support for their son. “12 years old going on forty” Jerry’s son, Nathan (Keenan Scully), can be rational, sincere, and charming, but ultimately real as he deals with his parents' custody battle.

Jerry’s self-conscious, over-weight best friend, Dave Bukatinsky (James O’ Donovan), is sceptical at first of this seemingly outlandish idea to form a group of male strippers, but he soon comes on board.

Sincere and awkward Malcolm McGregor (Emmet Donlan) is fighting a battle of his own when recruited by Jerry and Dave for their new venture.

In an emotional yet humourous scene, we gain insight into Malcolm’s current mental state and are shown the real value of friendship (Big Ass Rock).

In this humorous scene we encounter Ethan Girard (Ian Purcell) as he   energetically attempts wall-walking a la Donald O'Connor's 'Singing In The Rain' acrobatics. In contrast to this we meet unemployed mill supervisor Harold Nichols (Kevin Fahey), who is determined to keep his wife, Vicki, in the upper-class lifestyle that she is accustomed to.

Noah T. Simmons (Lekan Akinyemi) will joyfully rile up the audience as Horse, far too old to be stripping, but notably the first auditionee for Jerry’s show to have a real sense of rhythm, making him a contender. His dance skills are what finally bring Hot Metal to life. Newly formed “Hot Metal” are managed by retired showbiz veteran Jeanette Burmeister (Deirdre Ryan) who has had a colourful past and is not afraid to speak her mind. Her unreserved and candid nature is apparent in Jeanette’s Showbiz Number.

This musical is not solely focused on a group of men getting their kit off, it is much more than that. It is a tale of wounded male pride and uncertainty in a changing world. There are no heroes, just people muddling through and trying to survive as they are stripped of pride and their livelihoods.

Real life struggles are prevalent throughout and as we journey with the characters through their marriage difficulties, sexual preferences, mental health issues, and self-image concerns, we grow to love them and connect with them.

The women's roles in this show are powerful, pivotal, and memorable. Through these characters we gain insight into the struggles faced by the men in their daily lives.

The show opens with Dave’s wife, Georgie Bukatinsky (Nicole Butler), a warm, down-to-earth soul that isn’t afraid to kick up her heels. Her reality comes in dealing with her husband’s struggles and trying to hold her marriage together.

Her best friend, Pam Lukowski (Michelle Smith), is dealing with issues of her own. She earnestly wants Jerry to be an active parent for Nathan, but wrestles with strong reservations about his character and her own lingering feelings for him.

Harold’s wife, the charming Vicki Nichols (Grace Hogan), is flamboyant on the surface but her love and understanding are real, and this is evident in her powerful duet with Georgie (You Rule My World Reprise).

The musical will be directed by Des Henn, with musical direction by Siobhan Alley. Barbara Meany returns once again as Choreographer and Chorus Mistress is Mary-Rose McNally. The Full Monty is a story full of heart. Right to the end, audiences will be wondering if these lovable misfits will really pull it off.

We are titillated with the big question of whether they’ll have the courage to go the Full Monty in order to sell enough tickets, but this only adds to the humour and poignancy.

St. Mary’s Choral Society are looking for members to join their chorus for what promises to be an impressive production. You can contact the society via their Facebook Page for more information. The Full Monty will be staged in The White Memorial Theatre from April 25 to May 2. Tickets will go on sale online on March 14 via www.ticketsource.eu/white

memorialtheatre. Tickets will also be on sale in Marian’s Bookstore, O’ Connell Street, Clonmel at the end of March.