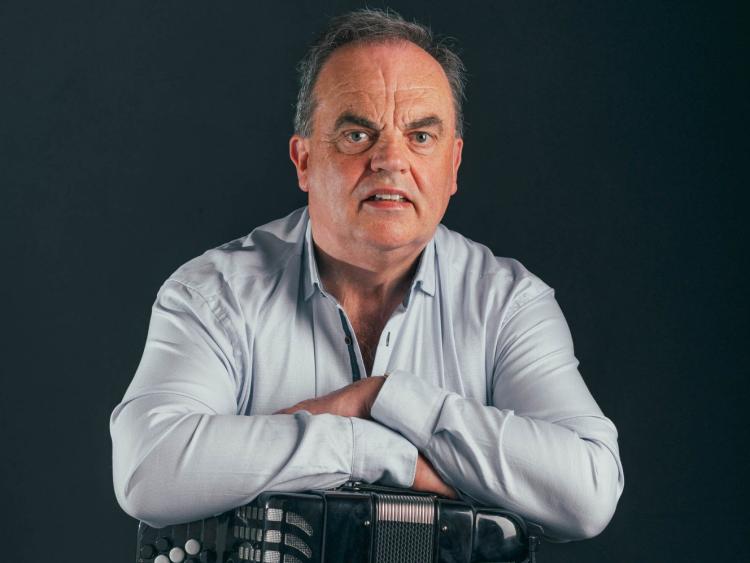 Entertainer Donie O from Roscrea has released the video for his brand new single A Picture of You.

The song, which was released in the middle of August, has already clocked up almost a quarter of a million impacts on Irish country radio, making it Donie’s biggest hit to date.

The success of A Picture Of You also reflects the Tipperary musicians growing popularity since the release of his debut album, Dreaming My Dreams, in June of last year.

A Picture Of You is a Joe Brown classic from 1962, a song that Donie O remarked, "always stuck in my memory from that period."

The video for the song, which was recorded at the Spain AV Soundstage, was first unveiled on the official Hot Country TV Facebook page last week, where Donie O was also interviewed by Hot Country founder and host Hugh O' Brien.

Speaking about his career in music, Donie O traced the start of his love for performing back to his parents, who bought him his first accordion.

He also revealed that his first accordion teacher was none other than the father of Frank McNamara, one time musical director of The Late Late Show back in the glory days of the show with Gay Byrne at the helm.

Although business commitments required him to put his musical ambitions on the back-burner for some time, Donie O always missed it so much that eventually he returned to performing about five years ago.

Looking ahead to the remainder of 2020 and his hopes for 2021, Donie O remarked that everything looked "very uncertain", and quipped that, "I don't think that we'll be playing the national anthem for the rest of this year", a regular occurence, of course, at the end of every night's live show.

However, he also stressed the need for everyone to remain positive, stressing that in the music business, artists would need to look at ways to reposition themselves and adapt to whatever new format might arise, because one thing was for sure, "There'll always be music."