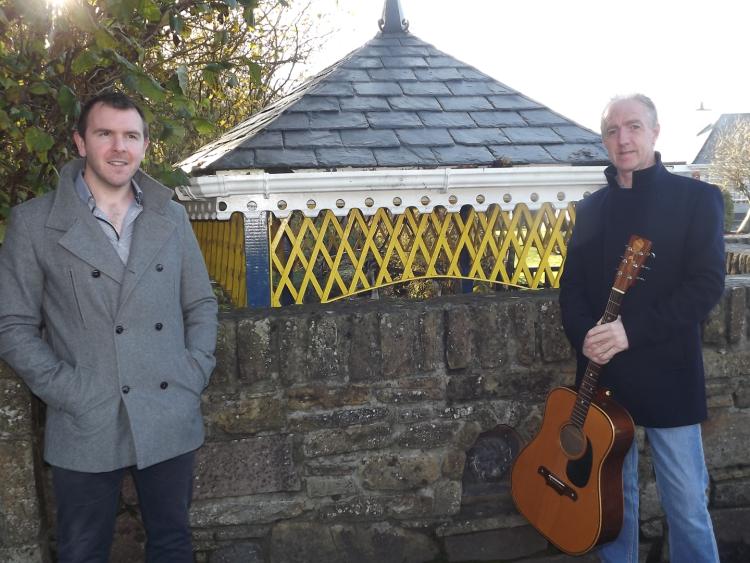 The highly anticipated new release from Tipperary songwriter, Séamus Doran will be on the airwaves and across the social media platforms in the coming weeks.

The talented Roscrea composer, who seems to be able to cross genres with comparative ease from Folk, to Rock, to Spiritual, to Country, penned the Derek Ryan, 2017 Number One Hit “Sixty Years Ago”.

He appears to have a particular ability to compose historical ballads, in that old bardic tradition, comparable to that of Pete St John, and Derek Warfield (Wolfe Tones).

His latest offering, definitely in this mould, “My Name it is Dan Breen”, is a beautiful and fitting tribute song to the memory of legendary Tipperary republican, Dan Breen, in this, the centenary year of the War of Independence.

Dan Breen,” a soldier first and foremost”, was an IRA volunteer in the fight for Irish Freedom, and was a member of the ambush party involved in the Soloheadbeg Ambush, which is considered to be the first episode in the War of Independence.

Fresh from the resounding success with their recent video to the “Ballad of Michael Hogan”, to mark the centenary of Bloody Sunday 1920, Séamus has once again teamed up with his great friend and All-Ireland Champion singer Tadhg Maher to record his latest composition.

Séamus, admits that this year has proved to be very difficult in getting projects over the line, with the obstacles imposed by the current pandemic, around lockdowns and travel restrictions, and so is very appreciative and indebted to Tadhg, and producer, Peter Maher who has done a fabulous job in recording, mixing, and mastering the song at his studios, in Middlewalk, Cloughjordan, Co Tipperary during these unprecedented times.

“Both myself and Tadhg are absolutely delighted that the song will actually be out in the calendar year, to mark what were life changing events for our country 100 years ago, and indeed to mark the anniversary of Dan Breen on December 27,” he added.