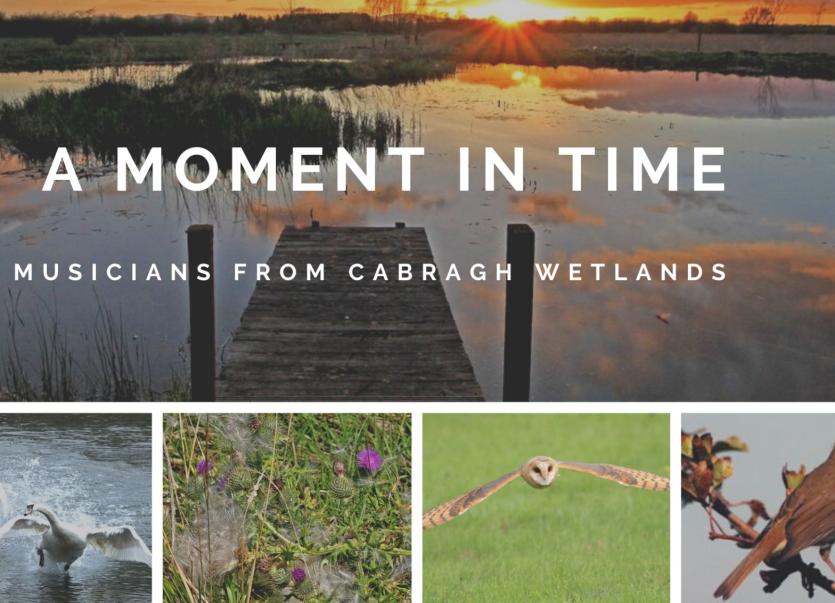 A new CD recorded in by the Cabragh Wetlands musicians is aiming to raise much needed funds for the wildlife habitat near Thurles.

The CD, a mix of trad songs, music and poetry, was compiled by a group of musicians who have attended the Irish music night in the Cabragh Wetlands centre since it began some 10 years ago.

“I picked up the phone, made the calls and everyone was on board as soon as we told them our plan,” explains Eileen Shanahan, Bean an Ti at the music nights.

Once the group of singers and musicians had been assembled, studio time was booked at GAF Studios in Cahir.

“Everyone had their time slot and we recorded everyone from 5pm to 10pm. Everyone pulled their weight to make it happen. I was chatting to Michael Long one evening about it and he remarked 'it's a moment in time, isn’t it’ and we both knew then that was our title for the CD,” she adds.

The Cabragh Wetlands Trust was registered in 1993 in an effort to save a vast area of wetland habitats from destruction after the filling-in of the settling pools by the Thurles Sugar Factory during its closure. These lagoons used to be an oasis of wildlife, particularly birds.