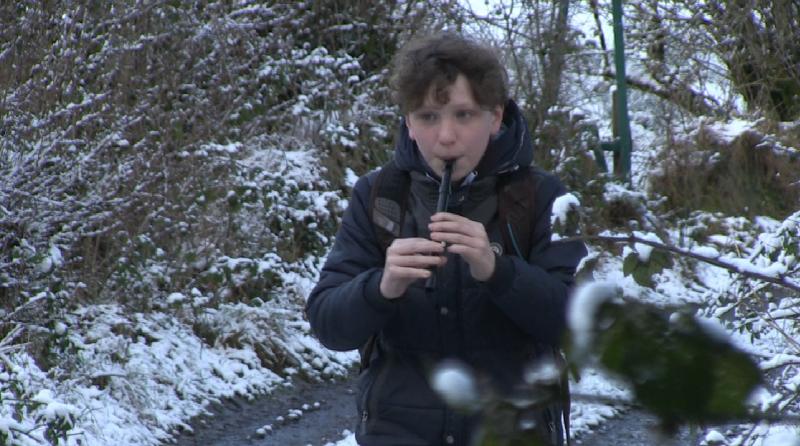 Áine’s film ‘Feadóg'  or ‘Whistle’ is  a short film which tells the story of a magic tin whistle and a young boy called Eoin who is obsessed with playing it. The film features Canice Ryan and Joanne Woodlock in the main roles. The session includes a screening of the film and a chat to Áine  about the making of the film, her work in theatre and the differences involved in both areas.

Áine has a BA (Honours) in Drama and Theatre Studies from Goldsmiths, University of London and a Higher Diploma in Film/TV Production through Irish from WIT/Nemeton.

She has written four plays,  touring them to various festivals and venues in Ireland, UK and the US. Her most recent play ‘Paddy goes to Petra’ premiered at The Source in February 2020. 'Feadóg' was previously broadcast on TG4 and RTÉ player.

Registration is required in advance for all Tipperary On Film screenings at the Source Arts Centre, which are presented on Zoom.