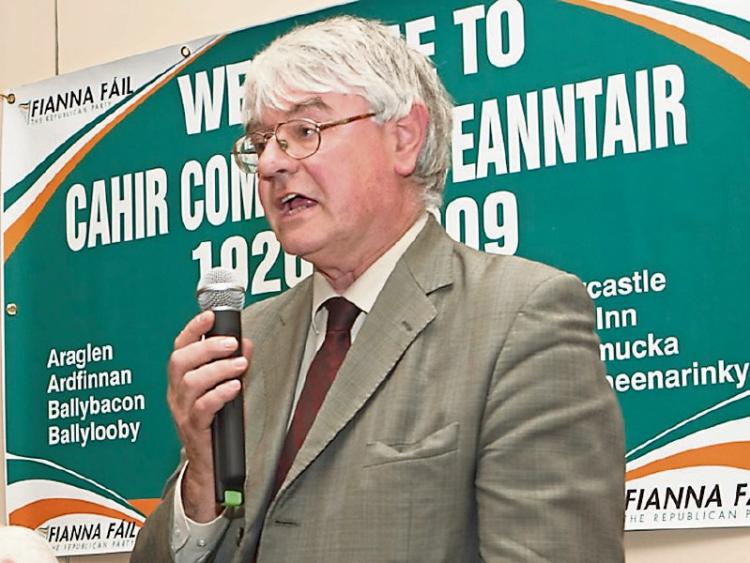 "Irish Republicanism does not belong to any one party, any one organisation or any one movement."

This was the sixteenth consecutive year that the members of Tipperary Ógra Fianna Fáil (the Dan Breen Cumann) have hosted a commemoration to remember and honour our Republican patriots.

This year, Dr Martin Manseragh, who played a key role in the Northern Ireland Peace Process, meeting regularly with nationalist parties, the Irish Government, and Nenagh’s Fr. Alec Reid in the years preceding the signing of the Good Friday Agreement, addressed the event.

Dr Manseragh also served as a Fianna Fáil Senator from 2002 – 2007 and as a TD from 2007 – 2011, representing the old Tipperary South Constituency. The event was also addressed by Fianna Fáil TD for Tipperary, Jackie Cahill and Billy Kelleher MEP.

“I am honoured to co-host this evening’s commemoration and to say that we did not let Covid-19 stop us from remembering our patriot dead this year. I believe it is vital, especially during the decade of centenaries, that we do not let the opportunity pass to remember with honesty and respect those who risked, and far too many times, lost their lives for the cause of Irish independence. 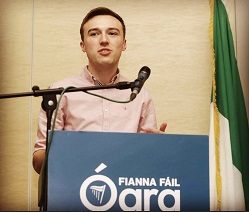 “Commemorating our history, and in particular our Nation’s battle for sovereignty should never be about glorifying violence or wrapping the tricolour around ourselves. We should always be honest, respectful and historically accurate. In doing so, we acknowledge the sacrifices made in the battle for independence and we never forget the brave Irishmen and Irishwomen that made this possible.

“As former Taoiseach Jack Lynch once said, ‘No man can claim a higher brand of republicanism than any other woman or man’, and the Ógra Fianna Fáil Commemoration is never intended to do this. Our ambition is to remember the history of the Irish people and to acknowledge that.

“Irish Republicanism does not belong to any one party, any one organisation or any one movement. It belongs to the people of Ireland, and while Fianna Fáil has, for 95 years, played a central and direct role in leading in this area, we do not claim it as our own or attempt to glorify it. We remember and acknowledge it for what it is. Irish Republicanism and Irish history belong to the Irish people,” he said.

The Fianna Fáil TD for Tipperary, Jackie Cahill, discussed the party’s 95 year old history and its strong links to both the 1916 Rising through the likes of Eamon De Valera who led Fianna Fáil for many decades and Countess Markievicz who chaired the first ever meeting of the Fianna Fáil Party, and indeed to the War of Independence where one need look no further than Old IRA leader Dan Breen who served as a Fianna Fáil TD in Tipperary for many years.

Dr Manseragh spoke of the 1916 Rising and Tipperary’s strong links to it through Cloughjordan’s Thomas MacDonagh, as well as acknowledging the very difficult year we have all gone through as a county and the significant work done by our frontline workers to protect health and save lives.

Tipperary Ógra Fianna Fáil plans to host similar events in the near future, and continues to work locally in our communities with local County Councillors and Deputy Jackie Cahill T.D.