Roscrea marks a ‘decade of centenaries’ 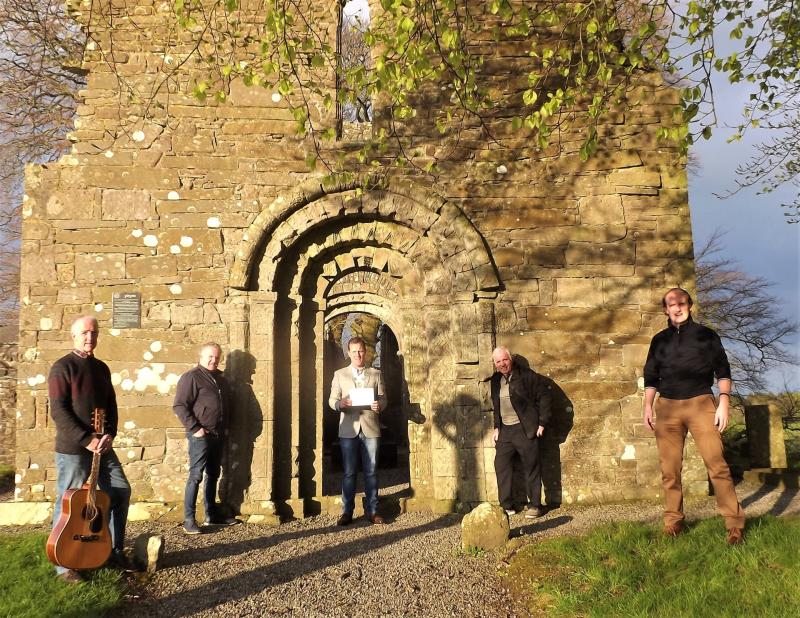 Despite the global pandemic local committees and organisations throughout Ireland and Tipperary have continued with their plans and projects to mark a ‘Decade of Centenaries’.

In Roscrea, the latest project to celebrate and mark the decade has resulted in the formation of a remembrance committee to support local songwriter Seamus Doran who has composed seven songs that will serve as a lasting legacy to one of the most important periods of our nation’s history.

The committee, Seamus aside, consists of several well-known people from the local community who have successfully worked on many local projects and served many local organisations over the years.

To date, the committee has been liaising with other groups and individuals around Tipperary in particular, who have also engaged in various commemorative undertakings.

While the pandemic has thwarted many centenary celebration plans some have certainly gone ahead and the latest plan by this local committee in Roscrea is very much in motion. In short, a suite of seven songs has been composed to celebrate many of the historic events from one hundred years ago.

Speaking this week, Seamus explained that in his opinion “many of us throughout Tipperary, probably view the struggle for freedom through the lives of six great patriots, namely, Thomas MacDonagh, Seán Treacy, Michael Hogan, Dinny Lacey, Seán Hogan, and Dan Breen”.

While the suite of songs predominately features the aforementioned, Seamus is keen to highlight that this suite of work including a seventh song which is a reflective song as we approach one hundred years since the outbreak of civil war a means to not just remember the six individuals listed but a means to also acknowledge and remember so many other great Tipperary Gaels who gave their lives, so that future generations, would be able to live theirs in freedom, as proud Irish men and women, governing their own country”.

Through these seven songs and a likely commemorative concert, once the threat of the pandemic has passed and through the possible future recording of a CD, the committee feels that they will have played a small part in helping to keep the memory of all those that suffered for our independence particularly those from Tipperary, very much alive.

The committee also hopes that the songs will move listeners to learn more and research more not just about the events of one hundred years ago but also the importance these events and the people of that time had in shaping the country and the society we have today.

An impressive line-up of prominent singers has been assembled to record the songs including many household names such as Deirdre Scanlon, Tadhg Maher, Aidan Doran, and Ashling Rafferty. We will get to hear the songs during the coming months on local radio so be sure to listen out for them. The onset of the pandemic also had huge financial implications for the music industry, with no gigs, no crowds, and no launch nights, so the committee was also faced with issues around funding the recording.

An approach was made to Cllr Michael Smith the Caitheraloch of Tipperary County Council who was delighted to get involved with a Caitheraloch grant towards the cost of the project.

Speaking this week at the launch of the project in Monaincha Abbey Roscrea, Cllr Smith said that he has worked with all the members of the committee on many occasions in the past on different projects and that he is “delighted” to be involved in this particular project.

Cllr Smith said that “Séamus Doran has penned seven songs that will no doubt stand the test of time and that he is privileged to get involved in the grant aid needed to support such a worthwhile project”.

Cllr Smith concluded by wishing the committee well with their endeavours and by congratulating them all on getting involved in a project that in his opinion will “leave a lasting legacy for generations to come of what was done locally in Roscrea to mark the centenary of such an important time in our proud country’s history.”