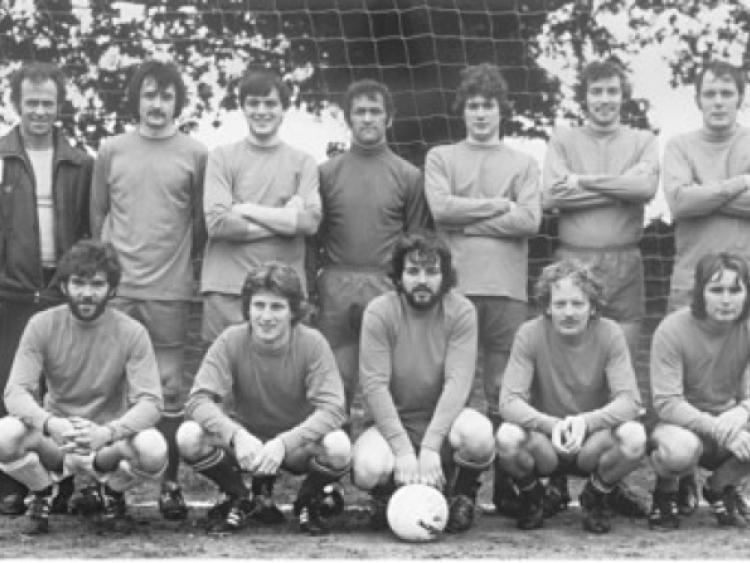 Clonmel Hibernians were a well-known soccer team in Tipperary in the 1970s and 80s and here they’re pictured before a match in 1980.

Clonmel Hibernians were a well-known soccer team in Tipperary in the 1970s and 80s and here they’re pictured before a match in 1980.

Another popular figure in Clonmel in the 1970s and early 80s was Fr. Ted O’Rahilly, who was originally from Tipperary Town and was a curate in Ss Peter and Paul’s Parish. Here he is pictured in 1980 with some members of the local youth club.

Does any reader know of Fr. Ted’s current whereabouts?

Some of the photos are from school sports day in 1980 and in one of those the late Maths teacher Tom O’Flaherty is flanked by fellow teachers (and both now retired) Pierce Purcell and Eamon Barry. Another retired High School teacher, Mick O’Donoghue, is also featured.