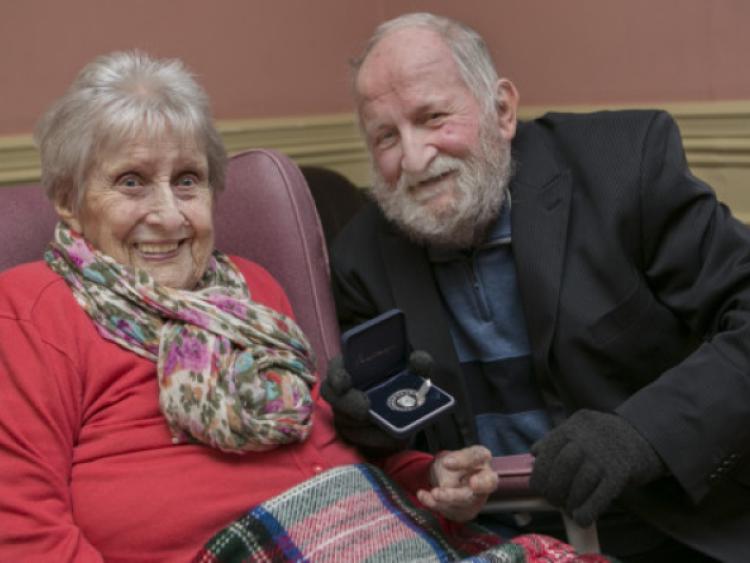 Family and friends of a special clonmel lady gathered this week to mark the 102nd birthday of Mary Ann Maxwell.

Family and friends of a special clonmel lady gathered this week to mark the 102nd birthday of Mary Ann Maxwell.

Last Sunday Mary Ann celebrated the significant milestone with her friends at the Cottage Nursing Home, in Clonmel, her son Billy, grandchildren and great grandchildren.

Mary Ann was born on April 2, 1911, the eldest of the five children of Billy and Annie Leo who lived at 22 The Flats, King Street. She grew up with three brothers, Jackie, Christy and Billy and a sister Addie.

In 1935 Mary Ann married Dubliner Patrick Maxwell and the couple moved to live in the city. There they had a family of three children - Elizabeth (Betty Dunphy), William (Billy) and Patrick (Paddy).

The family moved to England after the war, in 1945, where they lived at 95 Croydon Road, Keston in Kent for 62 years. They came home to Clonmel frequently to visit their family here.

Mary Ann, who was always known as a stylish lady, worked at several jobs over those 62 years and what must be one of the secrets to her long and healthy life - she retired at the young age of 84!

Her youngest son Patrick died at the age of 21, 52 years ago in 1961. Mary Ann lost her husband in 1980, 33 years ago. Another sadness came to the family eight years ago when her daughter Betty, who was married and lived in Clonmel, passed away in 2005.

Mary Ann and her son moved back to Ireland in April 2010, to Ard na Greine. In December of 2011 she moved in to the Cottage Nursing Home, in Irishtown.

Last Sunday Mary Ann was joined by Billy, four of her grandchildren and nine of her great grandchildren, to celebrate her birthday.

There was a special surprise for Mary Ann with a birthday letter and commemorative silver medal from President of Ireland, Michael D Higgins. In his letter he sent his “warmest personal congratulations and sincere good wishes on this special occasion,” and went on to wish Mary Ann “good health and happiness in all the days ahead.”