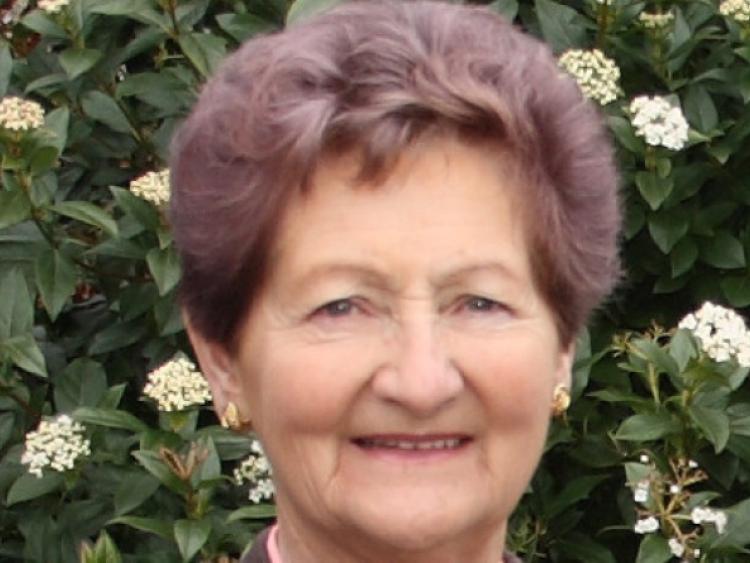 The unexpected death occurred of Mary Moran (nee Kenny) of Borrisoleigh Road, Templemore and formerly of Old Bridge, Clonmel on Saturday, 4th May in the Blackrock Clinic, Dublin.

The unexpected death occurred of Mary Moran (nee Kenny) of Borrisoleigh Road, Templemore and formerly of Old Bridge, Clonmel on Saturday, 4th May in the Blackrock Clinic, Dublin.

News of her death came as a great shock to the town of Templemore, where both Mary and her husband Ted are held in such high esteem. Mary was a wonderful teacher and during her career set very high standards in both the classroom and staffroom. The Guard of Honour from both past and present members of the INTO bore testament to her popularity on her removal from Grey’s Funeral Home to the Church of the Sacred Heart in Templemore.

Mary grew up in Clonmel, where she attended the Presentation Convent before she became a primary teacher.

She taught in Killurney N.S. for a number of years in the late 1950s prior to moving to North Tipperary to Killea N.S. in 1960, where she taught for 19 years. Her popularity in Killea N.S. could be so obviously gauged by witnessing the numbers of past pupils who came not only from Killea but much further afield to attend her funeral. She made many great friends in Killea during her time there and that friendship remained.

Mary left Killea in 1979 and went to teach in St Colmcille’s Boys School in Templemore, which was then known as St Colmcille’s C.B.S Primary School. There she took on the mantle of remedial teacher. She worked hard in both the presentation and preparation in her new role, which came so easily to a lady of such immense talent. She continued as a very valued member of that teaching staff until 1993, when she retired. She continued to live a very active life after retirement. She had huge involvement in St Anne’s Special School in Roscrea and later with Busy Hands in Templemore.

She was an active member of the I.C.A Guild in Templemore and members formed a Guard of Honour at the Sacred Heart Church on Monday to receive her remains. She was also an active member of Templemore Golf Club, where she enjoyed a social round of golf in her leisure time. Mary gave generously of her time and energy to many charities, both locally and elsewhere.

May the soil of St Joseph’s Graveyard, Templemore rest lightly on the gentle soul of the Clonmel woman.

Mary’s brother Kevin Kenny of Mountain Road, Clonmel pre-deceased her in 2002. Her sister Pat Kenny (retired Public Health Nurse) lives in Clonmel as does her sister-in-law Carrie Kenny, widow of her brother Kevin. Mary’s sister Anne Nolan lives in Kilkenny with her husband Loughlin Nolan, former head of the Ambulance Service in the South Eastern Health Board and previously transport manager with Bulmers in Clonmel.